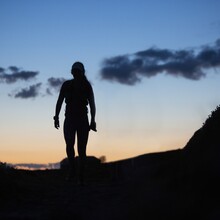 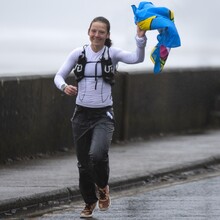 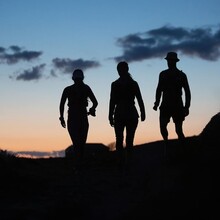 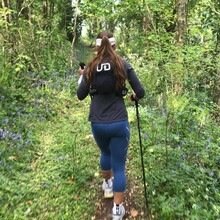 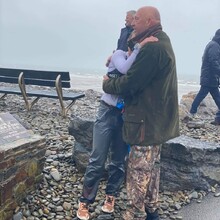 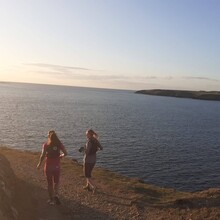 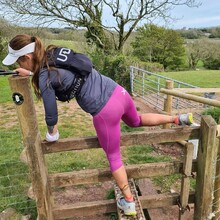 I started at Poppit just before 8am on Thursday.

I had brought the challenge forward a day because of bad weather coming in on the Friday night.

My dad and partner were my support crew (landrover and VW up suport vehicles) and I had a number of friends come join me along the way. Especially through the night.

The first day went really well, weather was perfect and food was going down well, the first day is the toughest day as in the elevation is the highest.  I made good time into the night.  Caz joined me through the first night, I was suddenly no longer able to eat, so had to stop for a bit at Little haven. I went through a dark patch but Caz and my partner pulled me through and I set off.  I got to St brides for sunrise, my dad, partner and friends were there, I was able to eat and set off again.  I was conscience of the tide crossing at sandy haven. But I made it round to dale in ok time and was able to stop to take on some food at dale.  I set off to sandy haven and was perfect for low time.  I was in good spirits and determined to press on to get in as many miles before the bad weather.  I started using poles from dale, it was over 100 miles in and the quads were feeling it from the tough first day.

Second day was much steadier, making sure I stopped to take on food. Friends joined me again from Pembroke Castle to Angle and then new crew joined me at Angle to Fresh West.  My good friend Martin then joined me for the stormy night.

The weather hit at 11pm on Friday night and didn't really stop.  It was tough for nav in that weather and hard to eat. It was a tough night, we had to stop at Stackpole to warm up and triple layer up.  I got tired between Stackpole and fresh east, seeing clowns in the mud.  So I got to fresh east and took a 15 minute nap and I was good to go. I made good movement until the end. I had to slow it down because of the wind on some of the more open cliffs.  I had 4 people with me all day Saturday. which was needed as I was tired and the weather wasn't great.

I had a number of blisters, but plasters and rock tape did the trick.  My crew carried most of my food, but I carried enough food for 3 hours at a time and 1ltr of water at all times.

I got to Amroth and the weather started to ease up it was great to see all my friends and family.  I gave it my all and loved nearly every step.  The path was dry and in good condition until Saturday.  As it was week day there wasn't many people on the path. We got a bit lost near Solva on the first night, you can see on the map were we ran around a headland a bit!