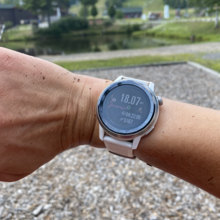 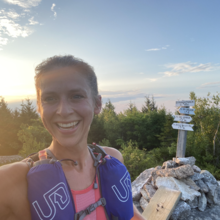 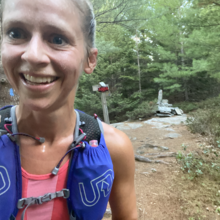 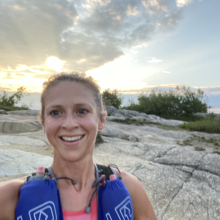 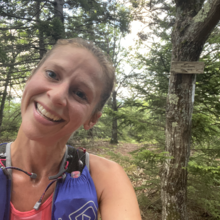 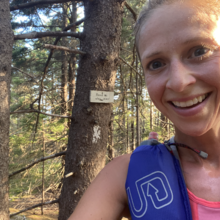 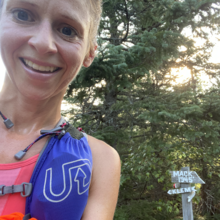 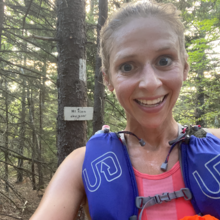 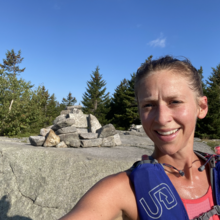 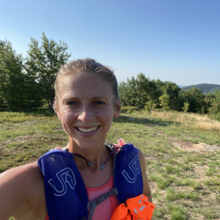 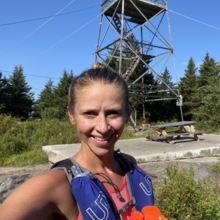 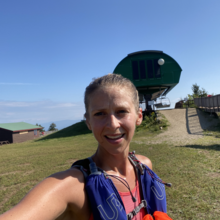 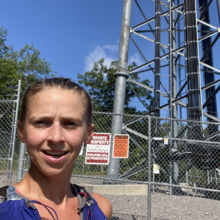 Got an early start at Major trying to avoid the heat/humidity. For the most part, the temps stayed comfortable until Whiteface (more exposed). Smooth running through until the ledges between W. Quarry and Rand. The tropical storm last week downed a lot of large and small branches and I lost the trail for a bit unable to see the next blaze. Got reoriented and continued, maybe lost 5 minutes? There were a few more freshly downed trees along the trail, but nothing that slowed me down.

The biggest hurdle was two major blisters on both feet, started developing around mile 5-6, which made the remaining 13 miles rather uncomfortable and hard to pick up the pace on the downhills. Carried 1L water, 1L nuun endurance in my UD pack and stopped to swapped out soft flasks at Whiteface. Some major cramps on the way up Rowe, glad I had my emergency pickle juice-which I had to dig out of the back of my pack.

Snapped a pic at every summit, might not do that next time. Ha! Pretty sure that the fastest sequence is Major, Switchback, Anna, W. Quarry, Rand, Klem, Mack, Piper, Whiteface, Belknap, Gunstock, Rowe. Curious if the reverse of this order might be faster? Also interested in trying Bill Tidd's route (not sure I know the area well enough yet for the bushwacking).

Saw a few hikers on Major and then not another person until the backside of Gunstock.

Met by my family at the finish for a ride back to Major for the car.