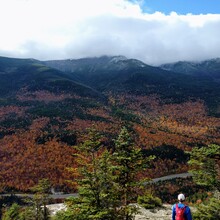 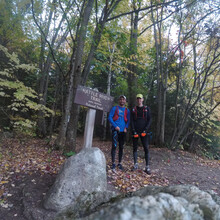 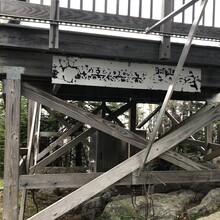 "Those who contemplate the beauty of the earth find reserves of strength that will endure as long as life lasts." -- Rachel Carson

Doug and I headed up to the White Mountains to complete the Moriah Carters Wildcats traverse (with 6 of NH's 4000' peaks).  We were originally planning on doing the Presidential Traverse, but with sub-zero windchill fore-casted at the top of Mount Washington, we decided that something mostly below the treeline would be a better bet.  Additionally, the distance via road from the start / finish of this route was less than 15 miles which enabled us to drop our bikes at the south end and bike back to our car after we finished.  We decided to go from North to South, which resulted in about 1200' more climbing on the trail, but nice downhill bike back.