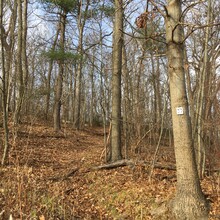 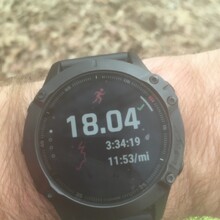 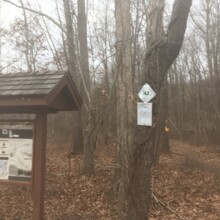 Thanks to those who previously did this route for providing the idea, especially Dave Franz for (unknowingly) giving the inspiration to try for the FKT.  I wanted a good challenge for 2020 and given that races were pretty much out, this seemed like a great option.  I hadn't done as much trail running the past few years because of time constraints, but managed to push this one hard enough. Had originally planned on running it Thanksgiving morning but the weather called for rain so I did it the day before instead. I probably went out a little hard in the first 5 miles, but managed to hold on to still make it a little faster than I had hoped.  Carried water and gels in a Camelbak, and with pretty much perfect running weather (~50 F) had no issues with having enough supplies. This trail has a lot of technical sections - mostly rocks but a few downed trees as well, and someone who is more aggressive than I am through rocky sections could certainly improve on this time.  It's a really beautiful route with a few really nice views and a couple of sections along some lakes that I really enjoyed.  Highly recommended if you like technical trails and it would be great to have more traffic on this great New Jersey route!