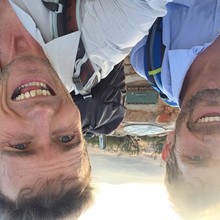 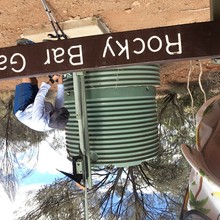 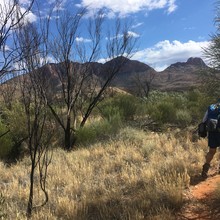 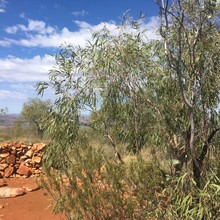 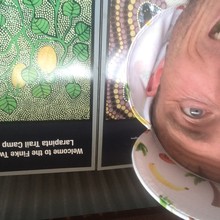 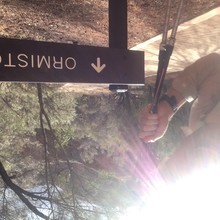 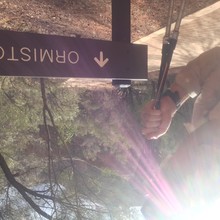 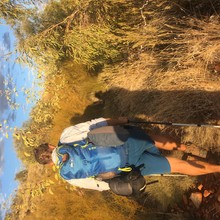 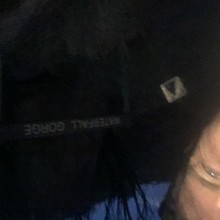 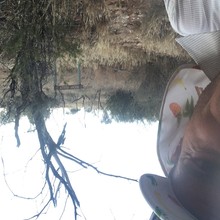 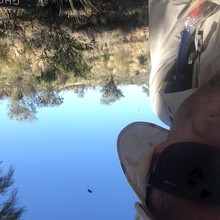 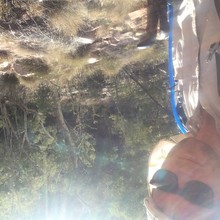 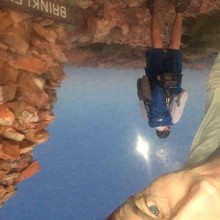 From 27-29 April 2018, myself (Simon Duke) and Rohan Rowling will attempt to set a new unsupported accompanied FKT for the Larapinta Trail.

The FKT attempt will be 231km long (the total distance of all 12 sections of the trail). We have set the following rules for the attempt.

1. We will carry all of our own food and supplies individually, strictly not sharing with each other, and strictly not accepting any supply or support from other hikers on the trail. We will fill up our water at official trail watertanks along the way as there is not sufficient natural water along the way.
2. We do hope to keep pace with each other for the whole attempt, however have agreed we will separate if necessary. For this reason it is an unsupported accompanied attempt, NOT an unsupported team attempt.
3. We will do the attempt from West to East, starting at Redbank Gorge, up Mt Sonder, back to Redbank Gorge and then finishing at the Telegraph Station. Our attempt will not include the alternative high route on Section 3 of the trail.
4. We will only sleep at designated Larapinta Trail campsites.
5. The attempt will be verified by SPOT Tracker, signing our names in Trailhead Books along the way, pictures of us taken along the way at signs and landmarks and eyewitness accounts.

We will post in this thread after the attempt whether successful or unsuccessful.
Cheers

Within the rules set for ourselves as posted on 4th April, 2018, Rohan Rowling and I (Simon Duke) completed the full Larapinta Trail distance of 231kms from West to East 'unsupported accompanied' in a time of 58hrs and 48mins.

We will submit SPOT data and photos to this webpage for verification and leave it up to the Administrators whether they feel our attempt represents a new FKT for all directions (keeping in mind that Chris's supported FKT of 61hrs 32mins was set travelling from East to West) or just a new FKT for travelling the direction we did.