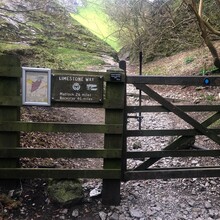 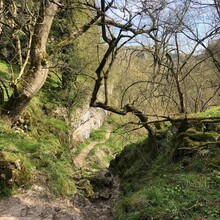 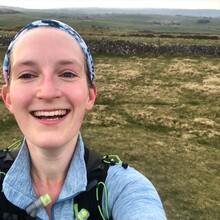 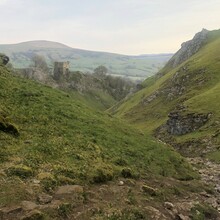 I only started running ultramarathons this year and this is by far the furthest I have ever run. I am so proud of covering all this distance even though it was not particularly fast by any means. A friend of mine pointed out that currently there is no women's record on your site for the limestone way and so I thought I would give this a shot even though there are definitely women that have run this faster. To have my name on your site would mean the world to me.

I ran alone with my partner meeting me at 4 points along the way to provide me with food and water. The first section from Castleton to Flagg was the longest but I felt really good and was enjoying the amazing views. The next 11km to Youlgreave were also not too difficult except for some technical terrain descending into Lathkill dale. I diverted from the river Bradford up into Youlgreave so I could meet Pete and fill up on water and energy gels. The next 15km to Grangemill weren't too bad but I was starting to get tired and ended up walking a lot. The paths after the previous end of the limestone way around Matlock were not as well signposted and I did end up getting lost a couple of times. Also the sun had come out and the heat was making it hard work! The next 15km to Thorpe were a bit of a blur and there were definately some tears along the route around Tissington. I had some cold pizza in Thorpe and met Pete for a walk just after this which helped give me the boost I needed to finish just before it got dark.

I had an amazing day and am so proud of what I have acheived. I already have a few trails in mind for later in the year!

Well done, lovely route and a tough one for early in your ultra running journey.