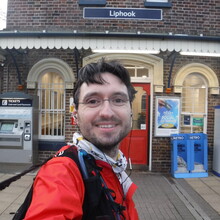 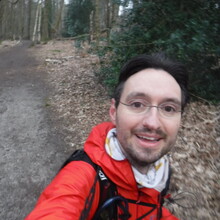 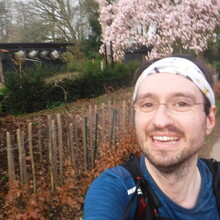 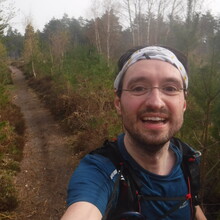 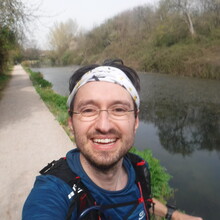 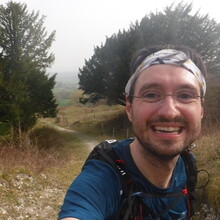 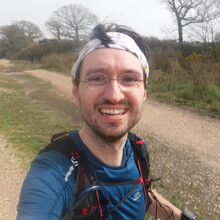 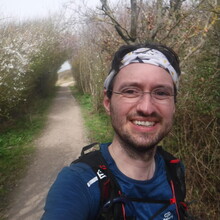 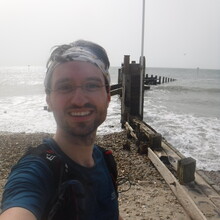 I have run bits of this route between Chichester and Liphook a few times and really wanted to give it a go for the last 2-3 years as it takes in a lot of different scenery around Midhurst. I never quite had the fitness/time to give it a serious go, but felt that I need to do it now before the time becomes even faster!

I started at 7:15am to make sure I covered some distance before the temperature increases and the wind picks up. It was very hazy for the first two thirds and the wind didn’t start picking up until The Trundle. Ground conditions were almost perfect apart from some mild mud on the climb through Hartley Green Copse and the public right of way being ploughed over just before Heyshott.

Overall I had almost perfect and enjoyable run, but the last 20 flat kilometres were definitely a struggle. From Salterns Lock the pendulum definitely started to swing away from enjoyment. I am glad I gave it a go and surprised by the outcome. (I have never run that fast in a race.)

I had a 3kg backpack with 1.5l water and c2,000kcal of food/tailwind. I refilled the water at a public tap. (Thanks to Jamie for mentioning it in his report and to Heyshott community for providing the tap!)

I had a look at the route on the official guide, OS map and from Adrian, Jamie and Kevin’s tracks beforehand. There seems to be a few variation. I thought I record them here in case other find them helpful and I also indicated the options I chose.

I always thought I was following the route correctly in the past but I did notice the gpx files available online and the route on the LDWA page are different in points. A little strange. Thanks for clearing it up a bit

Thanks, and sorry again for the unfortunate timing!

Not sure if I really cleared up anything or just added to the confusion. If I was to do it again I would either try and find more waymarkers to clear things up on the ground or follow the most scenic route following the main geographic features: possibly stay low along the Rother, go past Midhurst castle, stay on Centurian Way through Mid Lavant, take the early right turn in Chichester onto the footpath and finish at beach. As you said as long as one ends up with close to 61km on the clock its probably all good.