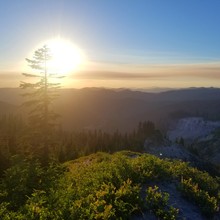 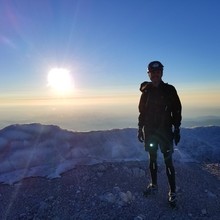 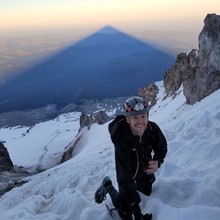 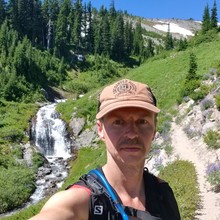 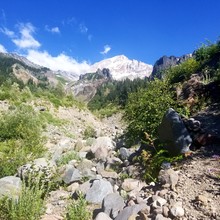 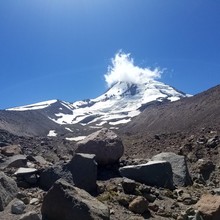 Merrell new show features two athletes who summited and circumnavigated Mt Hood in just under 24 hours. The show claims that it was the "first known attempt" in "a single day" and "may be the fastest time". I did it last year in 20:59:08 as part of my (now) RASH challenge (Richard Kresser's challenge to summit and circumnavigate Rainier, Adams, St Helens, and Hood -- I spent a year on it vs Kresser's sub-week time). Kresser has obviously done it and I know of at least one other successful mission. I've started this FKT route with my time (the fastest I know) to maybe get more athletes to share their experiences. It seems like this is now popular enough to get its own route on FKT. I could have had a much better day, so I can only assume someone else has done this faster than I have.

I summited Hood with Scotty Strain, then ran the Timberline solo. Each side of the mission was unsupported, but the gear change in the middle would make it self-supported, I believe. 20:59:08 is the total time from the first step away from Timberline Lodge to the final step back. This was over a year ago so the SPOT data is no longer in my history, but part of the SPOT data is in my GPS track (because my watch died). I also stated my intent here (https://medium.com/@SummitCircumnav/ash-31fd639a77fd) and documented the mission here (https://medium.com/@SummitCircumnav/ash-hood-wyeast-6ae6fc862b8e).