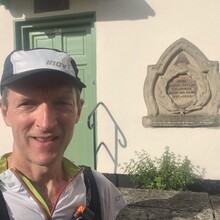 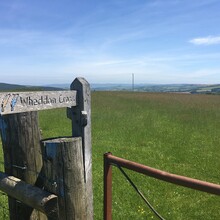 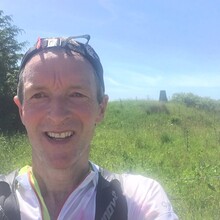 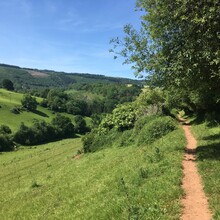 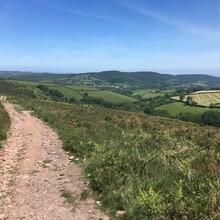 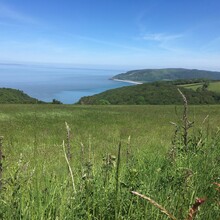 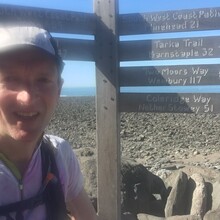 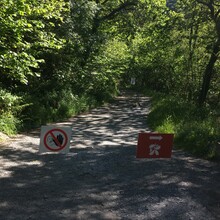 Wow that was hard work! Not just the heat, but the terrain was a lot tougher than I expected, and stop-start with so many gates to open/close and the no-recce navigation - at least I didn't get lost!

However, the scenery is stunning. It's a beautiful route in the slim gap between Exmoor and the North Somerset/Devon coastline, with glimpses of both whilst traversing tough and rugged paths through the hills, valleys and woodland.

For the record, there was a slight compulsory detour to the route on the final section of riverpath passing through Watersmeet (see photo) - a short section of path was closed off due to landslip, so I had to cross the river and back again via footbridges (which probably added about 45s to the total elapsed time).

Self-supported - I pre-dropped two 2-litre bottles of energy drink and some rice pudding (yum) in a couple of places, and picked up the empties on the drive home.