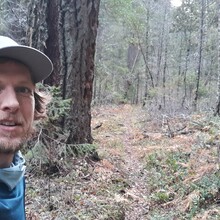 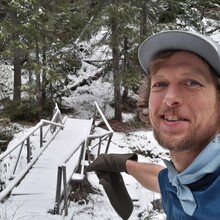 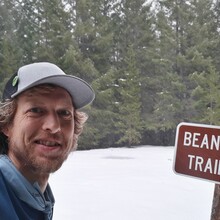 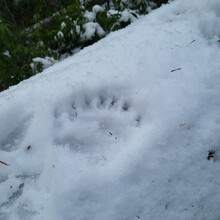 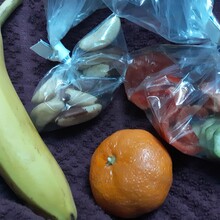 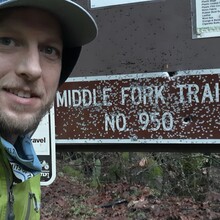 After a 7am wake up call, I drove an hour from the Rogue Valley and was on trail at 8:55. I could see snow in the foothills but thought the riverbed might be clear. By 3/4 of the way, the trail was completely covered but easily followed thanks to recessed tread, saw cuts, and a family of bears who are apparently still utilizing it. Although icy, my eyes never glazed as the scenery was equally as crisp and ever-changing. But not on a mountainous scale, an understory scale. Between swimming holes, massive trees, and colorful mosses it was hard to focus on my footsteps. At one point, I more than stumbled and bruised my palm as I caught myself, narrowly avoiding hitting my knee on a sharp rock. The bears went unseen as did other people on this route. I also couldn't help but do trailwork on the way up as it appeared this trail hadn't been hiked in a while. On the descent, I  was able to run but a new layer of snow was already covering my tracks. By the looks of the forecast, this trail will be fully buried by the end of the weekend and covered in new branches by next spring. If you're interested in this route, stay tuned here for a comment announcing a spring trail improvement project on the MFNRT that I'll be hosting before obviously giving this a more proper rerun. Till then, happy new year and keep crushing it out there!