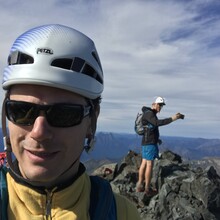 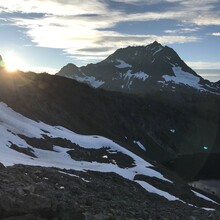 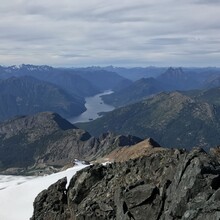 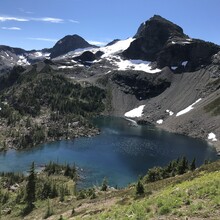 Had a fairly late start for such an adventure at almost 8am. Not very eventful until the traverse of the snowfields under Jack scramble where we realized it would have been better to bring traction and/or ice axe. Tried to avoid the snow unsuccessfully, and spend lots of time kicking steps in trail runners. Finally we passed and finished the scramble. I had a minor fall on the downscramble that left me with a big, but surface only, cut on my leg. Wasn't an issue and after traversing the snowfields again, tried to finish strong. Got to the main Devils' Dome loop trail just before dark and finished the hike in the dark.