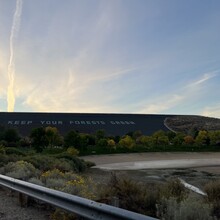 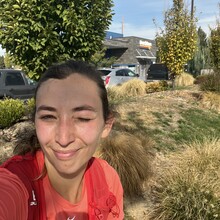 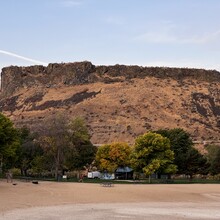 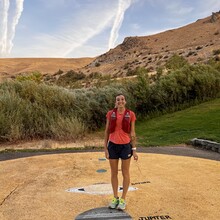 Amazing day on the Greenbelt. I went out to see what I could get done, and had a super fun time. The whole way, I was inspired by the women who put down FKT's here before and excited about all the future FKT's to come on the belt.

I started at the East end (Sandy Point Beach) about 15 min after sunrise and ended at the edge of the intersection across from Dutch Bros in Eagle. Minor alternate route @ the Eagle bridge due to closed underpass for construction (which meant I spent ~1 min waiting at a crosswalk). Other than that, I stayed mostly on the North side of the river. I carried 1200 mL of water/electrolytes with me and drank ~1000 mL, and had 2 Awesome Sauces over the course of the run.

The East side is pretty exposed (~4 miles between Marianne Williamson Park and Sandy Point are completely tree-less) for future people looking to do this route.