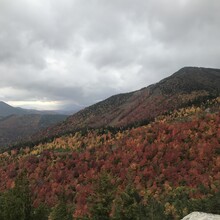 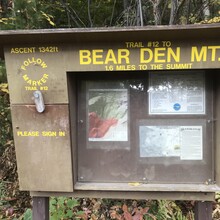 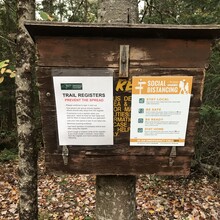 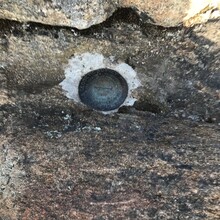 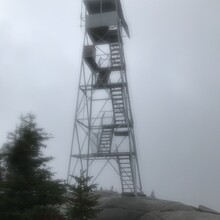 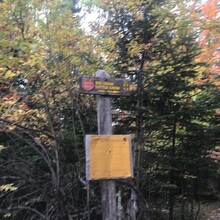 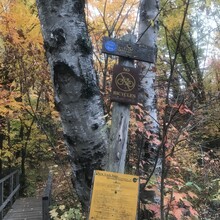 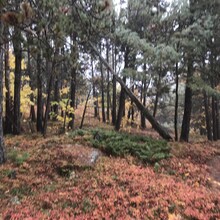 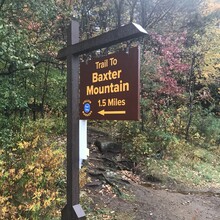 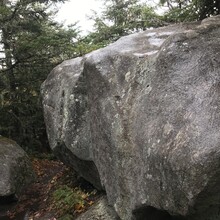 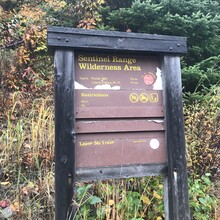 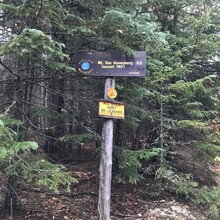 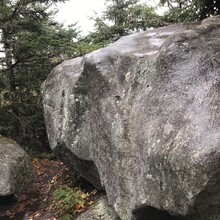 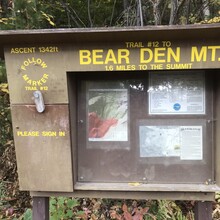 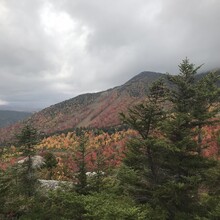 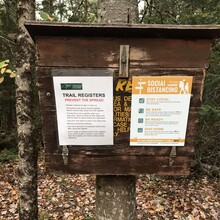 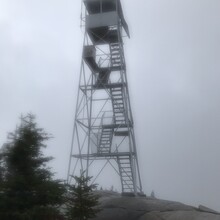 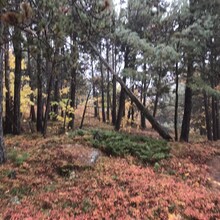 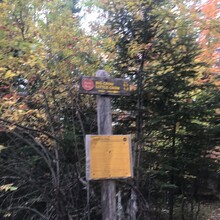 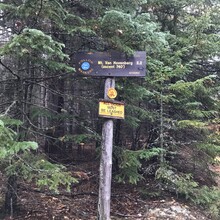 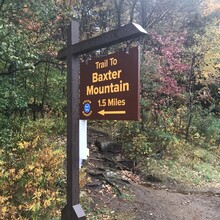 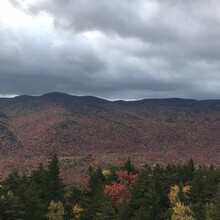 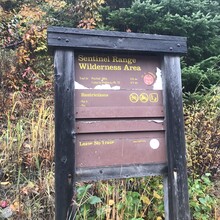 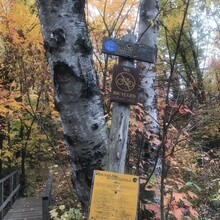 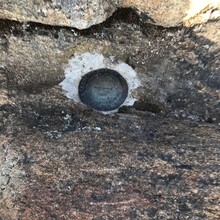 For my 50th birthday, I did the self support variation on the Lake Placid 9er Challenge.  Previous times were set with a driver which allowed linkage of a few of the peaks, whereas self supported meant returning to my car each time to get to the next peak.  I started a Catamount just after 7 AM and it was dry, but windy.  After Catamount, I drove to Bear Den and climbed from the lodge parking lot.  At the summit, the rain started to move in and as I descended, I actually did cross paths with a small black bear on the way down.  With the rain coming in, I changed my route to a longer drive, but it allowed me to get the longer peaks out of the way early, and save the shortest for last.  I next did Big Crow and Hurricane from the same parking lot. I ran low on food on Hurricane and saw no other hikers the entire time.  I then drove to Baxter and was glad it was an easier climb.  From there I went to Pitchoff and the rain was really coming down.  I was surprised at the amount of rock scrambling in the second half.  I started to run out of light, so then did Mount Ho in the twilight.  I summited before it got dark, but had to use my headlamp in the forest on the way back to the car.  I did the short drive to Mount Jo and then figured I would save time on the "short" trail.  It was tricky in the dark and fog and finding the trail markers rather than just scaling rocks was difficult.  I finally drove to Cobble Hill in Lake Placid and came up Whitney Road to avoid going onto private property at night.  I got lost a few times on the "short" trail on the way to the summit and found myself climbing a lot of slabs that I don't think were part of the route.  More than likely I should have done the long trail, but was too shot at that point.

I used a Camelbak with a 2L bladder, and the cooler weather helped by not getting to dehydrated, although was out of water at the end.  I did an assortment of gels and bars, but should have packed more real food to eat on the drives.  The time is soft and can easily be improved by more daylight and better trail knowledge.  I had not climbed any of these peaks before this attempt, and I think that was a mistake.  It is also possible to take about 10 miles off my 68 mile drive by taking shorter routes.  The turning of the leaves was beautiful, so that was a nice bonus.