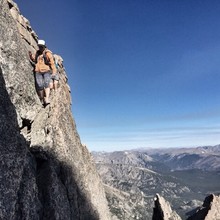 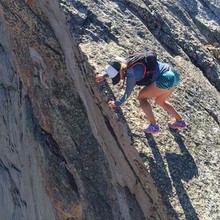 Tina Lewis completed the full "Walk in the Park" route as described by Rossiter in 13h42m on September 12, 2015. Lewis was accompanied by Buzz Burrell for the entire route, and by Peter Bakwin for the first 5 peaks. They went clockwise, with the following (approximate) splits: