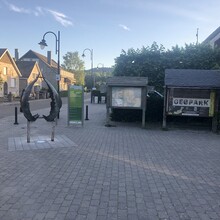 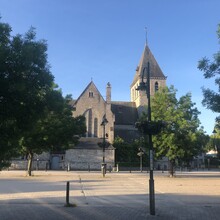 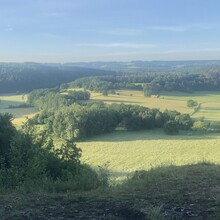 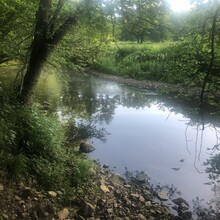 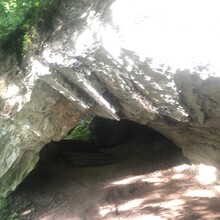 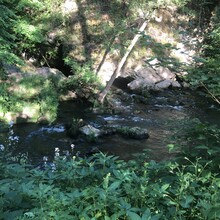 Another test run this time at the Rochefort black route that starts and ends in Han-sur-Lesse famous for its caves, carved out of the limestone rock by the river Lesse passing under a hill. This is World heritage site. The forecast said high temperatures and humidity so I started be fore 7 am to have a bit of the colder air and few people out. Turned out that the village had also arranged a set of trail races that people would run at their own starting time so in the end quite a few runners crossing the landscape. The first couple of hours went fine and the markings were clear except for a few places where greenery had covered. Something to pay attention to. In the end I had 3 return runs and ended at almost 45 km instead of 42. Half way I was able to refill water bottles at a camp site but still the second half was terrible. Way too humid and warm and no wind either. The last couple of hills was walking only and also the final 2 miles. I cope poorly with high humidity so I probably was over an hour slower than expected. Hope to do it again since many of the trails were very fine and spectacular views.