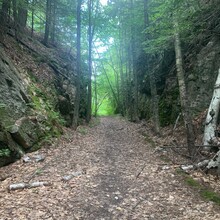 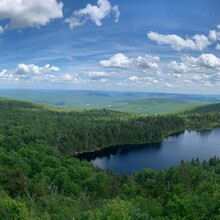 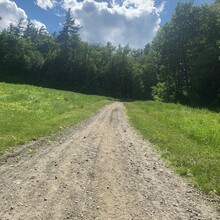 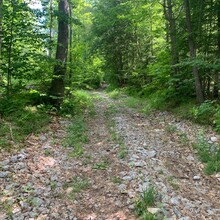 Got to be honest- this was not my best showing. Underfueling and overheating led to my first real trail bonk around mile 12, but willed myself to finish it up (not that I had a choice as my car was on the other side of the mountain). The SRK trail and trails on the Lake Solitude side were wonderful and I really enjoyed them, especially Andrew Brook and the summit connector. In general, there was more road on this than a personally prefer, but I'm sure some would appreciate a chance to cruise more than I. If I did it again I would do the OP's direction of down the Goshen Trail and Ski Trails and up the SRK- I can imagine it would be MUCH more enjoyable that way.

I carried all my own gear and did this alone. I started with about 1 liter of water but also got more cold water from Andrew Brook and a stream crossing on Goshen Trail using my Katadyn filter.

Started from the end of the access road to the Sun Bowl ski area (4WD recommended), parked at the campground, and walked to the Sunbowl base where I jumped on Rim Trail. Took a left on the Newbury Trail down until hitting town where I took a right onto the road before sneaking onto the railway path behind Bubba's bar and grill. Followed the rail trail until I hit mountain road (paved) and started the climb up to Andrew's Brook Trail where I passed lots of father's day hikers. After hitting Solitude Lake I headed to the summit (stopped at White ledge overlook for picture) and ran past many tourists who took the chair up and were much less sweaty than I. Followed the SRK Summit Trail all the way down to the base, then turned around and headed back up the dirt roads on the ski trails (hot and dusty), being careful not to get hit by any mountain bikers or disk golfers. Went a little bit too far to the top of the clipper quad and had to backtrack to find the Province Trail cut to Old Province Road (dirt). Took a left onto Brook Road (paved and lots of speeding trucks) until I hit the sharp corner where you jump on the Goshen Trail. Started up the Goshen Trail (which is more of a rocky, muddy, buggy ATV road) which felt like it went forever. Finally hit the summit connector trail, headed back down towards Solitude Lake and down Newbury Trail till the Sunbowl cut off.

***This FKT was done as #4 of my 25 FKT goal to raise money for the Women's Sports Foundation- check out more info on this at summit4something.com***