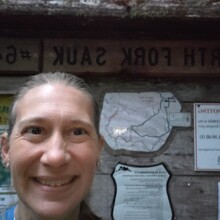 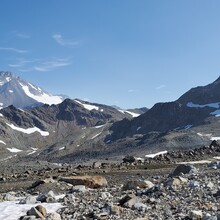 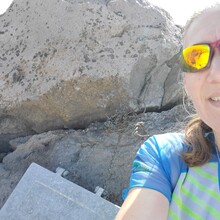 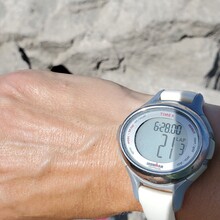 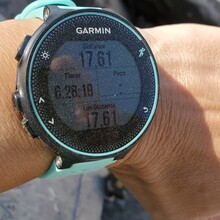 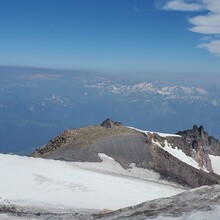 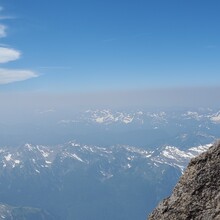 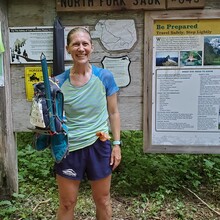 Started a little after 5:30am from the North Fork Sauk TH.

Trail to White Pass is in great shape. No snow in the gullies after that. Unfortunately, also not much snow after that either.
Route conditions beyond Foam Pass up are not ideal for going fast. Should have done this 2 weeks ago when I was there as there was a lot more snow, which provided more direct and easy-to-see routes. Incredible to see how much the snow melted in such a short period of time. Looks a lot more similar to what I experienced last September than a normal July. Lost a significant amount of time on route finding and running/climbing through the rocks and boulders rather than having snow to run on.

Quite a few crevasses open on the Cool Glacier. People seem to be punching through suggesting that this is a time when a fair amount of glacier experience would be helpful if attempting this route later this season. I used microspikes and an ice axe and felt very comfortable, but comfort level varies greatly from person to person and with how the conditions change on the glacier. No snow on the final summit stretch.

Some smoke in the air from the wildfires when on the glaciers (was told it came in shortly before I got there - lucky me!).

Was a beautiful day and I saw a TON of butterflies on the upper White Pass trail on my way back, all gathered on the ground near the water sources. Something about mid-afternoon as none of them were there in the morning.

This route can be run a LOT faster, both in better conditions and by faster women than I am at this point in my life. I'm excited to see more, faster times! Sub-10 is most definitely doable.