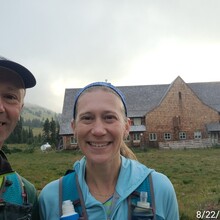 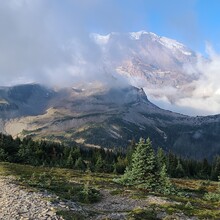 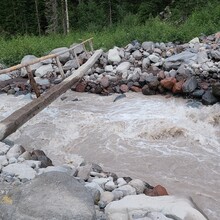 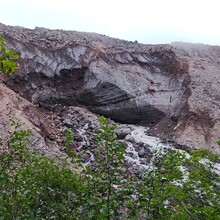 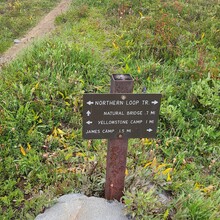 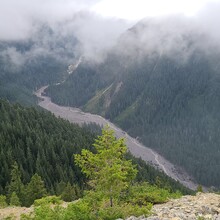 I was going to run this alone, but didn't feel well, so asked Uli if he would change his plans and run with me - thanks Uli! I hoped I would feel better, but it turned out to be the worst I've ever felt. I share that in order to inform others that a lot of time can be sliced off our time, so go get it! Maybe don't read Erik's and my reports just in case it's catchy. haha

The route is easy to follow and the trails and bridges were all in good condition. We found plenty of good water sources. It was unseasonably cloudy, wet, and cold, which caught us a bit off guard.

We crossed paths with Courtney Clifton who was in the middle of setting the women's FKT for the figure 8 loop near Windy Gap - small world!

For consistency's sake, I believe future FKT attempts on this route should start/finish at the actual trailhead where the sign/kiosk is rather than at a random point somewhere at or between the parking lot and the sign.