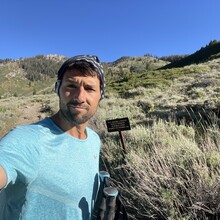 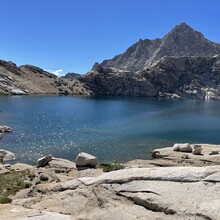 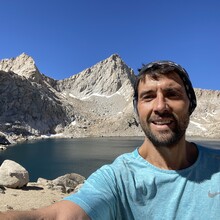 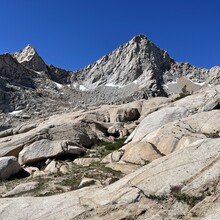 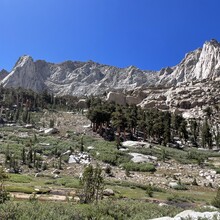 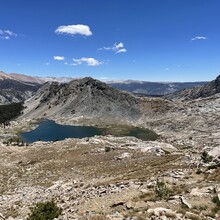 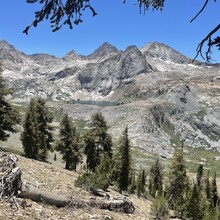 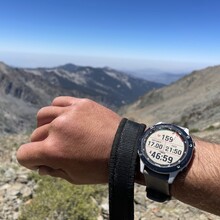 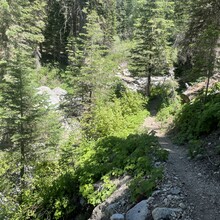 Since this is the closest runnable long loop in the local mountains, I was hoping to try it for couple years. Wish I picked a cooler day and an earlier start, but I drove in with my girlfriend Mariah who hiked up to Columbine Lake, so I didn't want to drag her into an alpine start. Especially because I messed up my knee less than a week earlier and was experiencing flu like symptoms, which were getting mild, but still annoying. My goal was to go for a long run first, and FKT only if I felt good and was ahead of the splits at Black Rock Pass. For me, this was the first long run in the mountains this year, so my body didn't seem to be totally ready and on the descent to Big Five Lakes I had a horrible 10-minute cramp in front of a large group of backpackers. First and last big cramp of the day, and I didn't see as many people on the whole trail combined, but my body was out to embarrass me in front of random people. :/ For the rest of the day, I had to occasionally stretch out to prevent cramps from coming on. Also, I tried to be on top of my salt and water intake. Good fun. While coming down from Black Rock Pass, it got super hot, and the whole climb to Timber Gap was basically hell, especially because by this point, I went marathon distance. At least the descent to Mineral King was on good trail and I was able to breeze down it with little effort.