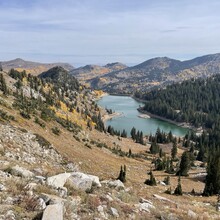 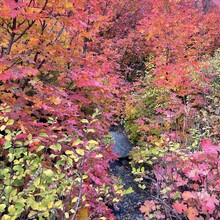 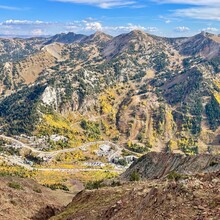 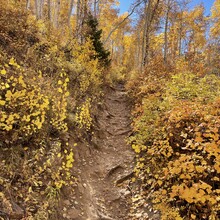 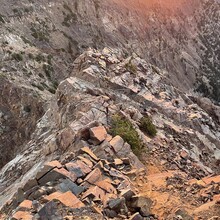 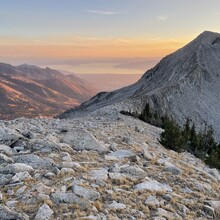 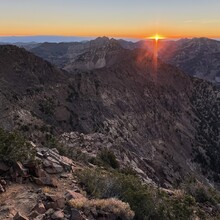 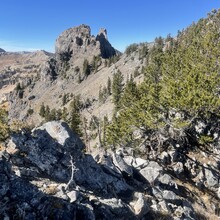 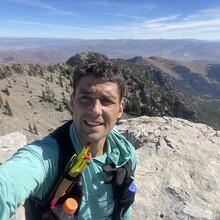 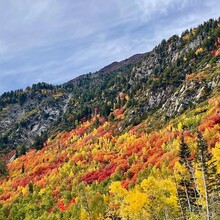 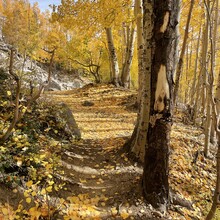 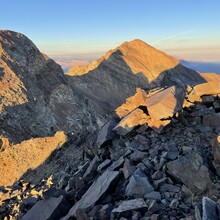 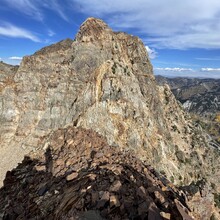 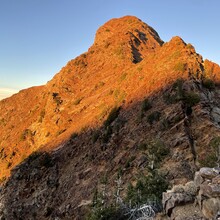 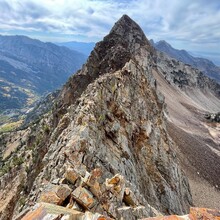 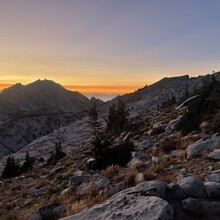 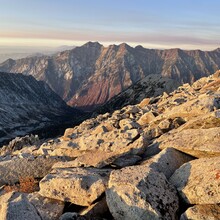 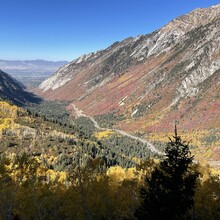 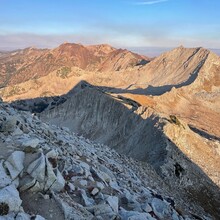 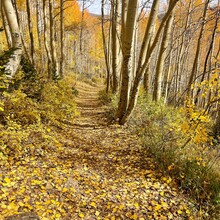 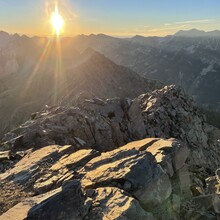 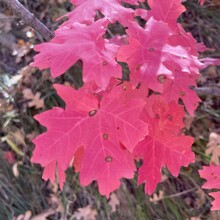 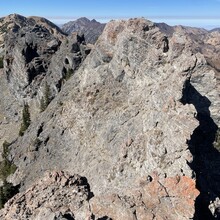 Less than 24 hours after moving to Salt Lake City earlier this October I scrambled the South Ridge of Superior and was impressed by the scenery in Little Cottonwood Canyon. Since I've heard so much about the WURL, I was hoping to do at least the beginning and the end of this route before giving the full WURL a try. I was especially inspired by the unsupported style because I am a climber and an alpinist who dabbles in running, so in a world of hauling more weight in your pack it plays to my strengths, and being unsupported in mountains is something that I am used to. I am also quite lazy and don't like to deal with complicated planning.

My strategy was to wait for the coolest reasonable temperatures with no significant wind, so that I don't have to carry 10 liters - there is no water sources on the ridge line, the tram was closed for the season and unsupported means no caches, so cooler temps would help. I also packed minimally. The only layer I didn't wear at all times on my effort was a lightweight Patagonia Houdini jacket. I ended up bringing six liters which were packed with electrolyte mix/calories.

Best thing about this link up is that the trails are 10 minutes from where I live. On the day, I started just after 4am and somehow didn't mess up the route finding in the upper Ferguson Canyon too much, though I did have to consult with the GPS a few times. My day was going according to plan - Cardiff Pass in just under 6 hours, Tram at 10:02, Pfeiffehorn at 13.5 hours, and that's where it got interesting, as I ran out of water and had what I thought was my last food soon after. For a while I felt fine, but by the time I was nearing South Thunder it was already dark and I felt like I was approaching a 6,000 meter summit, likely because of not bringing more water, but 6L seemed like the most I'd want to carry with hopes to do this in less than 24 hours. The way to Lone Peak was a suffer fest. Old injury in my lower shin/ankle area flared up earlier in the day and blisters on my feet made every step less enjoyable. Route finding was also difficult because I only saw this section once, in daylight, alone, without anyone to point out the 'best' way. One nice surprise that happened while contemplating goals which lead to situations I was in, was finding a snickers bar in the mess of my energy gels trash.  The icing on the cake was the choss gully to get off the ridge in the end. Not sure how people descent this heinousity in large groups, but to me it seemed by far more dangerous than any 'technical crux.' Knowing how to find the trail in the dark would surely help. When I got to the creek crossing I nearly cried, but at that point I was too tired to experience emotions. With over 20K of gain under my legs, all I really wanted was to lay down.

PS: some of the photos I included were from my day, but most are from recon days and trails around Little Cottonwood Canyon. Fall here is incredibly pretty and is a good reason to visit.