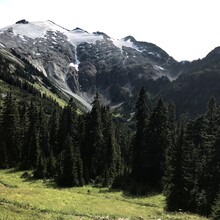 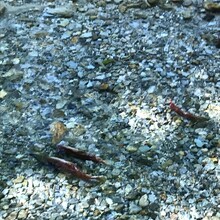 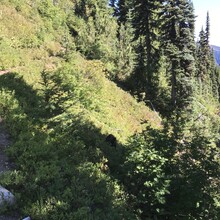 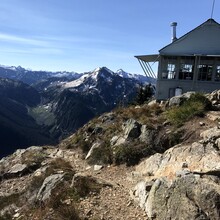 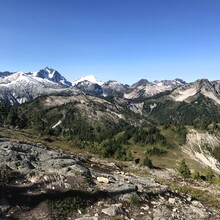 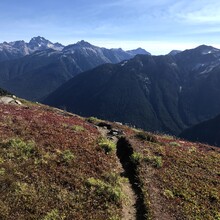 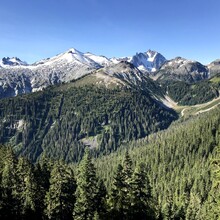 Strava time is 7:04:00, but that's because I started and ended watch before trailhead to make sure GPS registered. Strava segment was 7:02:06.

Ran this on Friday, September 4th during some stunning late summer weather. Got to the trailhead a little later than I was hoping so started at about a quarter after 8 in the morning and had beautiful sunny weather with temperatures approaching the mid 70s by the end of the day. Carried a UV SteriPen to purify water, which takes about 3 minutes per 2 liters so definitely not the fastest method, especially when I had to use it twice.

First 10 miles were a blast. Cool temperatures, an orgy of NCNP rangers, huckles and bloobs, and stunning vistas greeted me on the way up to the lookout. Stopped for a couple minutes there to take a few pictures, fuel up on snacks, and enjoy the view before continuing on. Just before the 14 mile mark when I was really cruising I was forced to stop and have an 7-8 minute chat with a black bear who was not too happy about my FKT attempt. This face to face encounter (the bear charged me and stopped a little less than 3 meters away) made me wonder how to pass Mr. Bear in the least upsetting manner possible (he probably thought I was trying to steal his berries). Eventually I took some careful steps forward and he took a couple steps off to the side and I continued on my merry way. Considering it was just a black bear, spray is probably not needed on the trail, but definitely another reason to be aware of your surroundings.

I filled up on water at the river crossing at mile 18 and stopped for a few minutes for a quick dunk in the river. If the weather is nice, would highly recommend. Then I was powered by a couple pupusas I had made the night before as I ran past the spawning salmon and the remarkably clear trail (this section along the trail was pretty nice and not nearly as bushy as I was expecting).

Felt stellar passing the Cable Car and up until just after the marathon mark when my GPS started wonking out (it's pretty demoralizing when you've climbed hundreds of feet and your watch still says you're at river level) and the warmth/miles/last climb got to me. Was worried about having to go out of my way for water, but Copper Creek just after mile 26 was nice for a last fill up before the climb and the cruise. Super stoked to hit the top of Hannegan Pass although the last descent is not completely puppies and unicorns. Thought that under 7 hours was attainable as I clawed out the final few miles, but just couldn't get the feet moving fast enough on those downhills. Car was stocked with goodies and a Ruth Creek swim was heavenly after I resuscitated myself with grub.

Overall it was a lovely experience, especially for only my second marathon plus distance. The day could not have been better. Would not be surprised to see a time close to or under 6 hours next year.