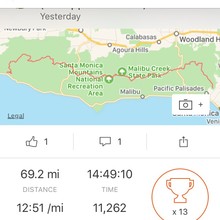 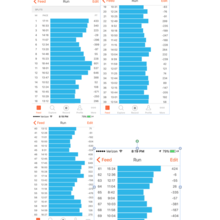 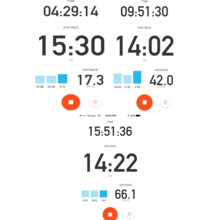 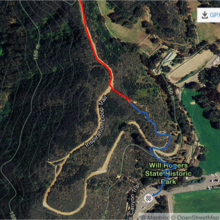 Note that Zac variously reports his trip as self-supported & unsupported. ?  It's important to be clear about what you did!  However, since he had a "pacer" for the first 10 miles we count it as supported (pacing = support, as per our Guidelines).

Started at Ray Miller with Matthew Robinson (thanks for the lift!) and finished at Will Rogers alone. Matt had only planned to stay for the first ten miles which he did, thanks for the early company. Completed the entire trail fully self-supported in 16:22. Strava photo's are attached to verify. The main photo shows moving time which was 14:49.10? I felt like I never stopped?? Hah. Figured Strava would log the actual time once saved but it didn't. However, it was 16:22, which was when I hit the pavement in the parking lot at Will Rogers. Can cross reference the attachments to confirm. Weather was fantastic and the trail is just stunning right now! Massive kudo's to all that have worked on this trail. It is in such fine shape with awesome signage. I had done only about 20 miles of it prior to this crossing and had no problem finding my way. Thank you everybody! Can anyone verify if this is indeed the FKT for Self-supported??

It appears I took a bit of a shortcut in the last half mile [see image] or so of the BBT Unsupported FKT attempt. While myself and my mom still consider this to be the FKT, the TRUE BBT Unsupported FKT is still out there for us honest, ultra-critical, runners of merit. Below is a photo illustrating what the true BBT is. Yellow is the true route which unbeknownst to me follows the access road not the single track (blue and red) to the parking lot. So, if you go east bound, do not miss this at the end of your run!!! Howard, thanks for seeking out clarification, and for all of the work you have done for the running community. Being new to LA, this trail has been a blessing, cheers!

Howard, I hope I got this write-up correct. If I am still off on the true direction of the trail please let me know.