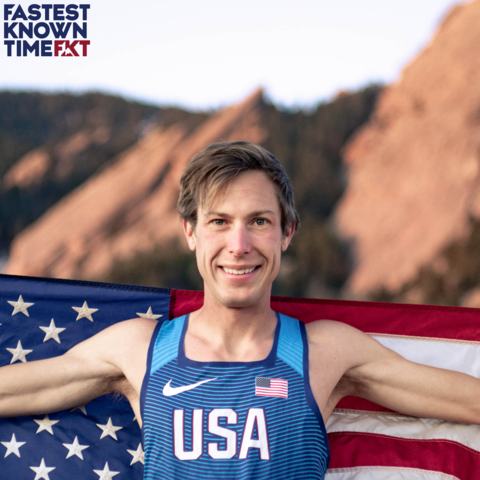 We've heard from people doing the incredible high routes, going non-stop often above timberline for days - now let's hear from one of the fastest FKT runners out there!

"The pinnacle is the World Mountain Running Championships. It is the fastest, most extreme, version of trail running.  The speed and shortness makes you take chances you never would otherwise. One tiny mistake and five people pass you."

Andy has been on 14 US National Teams, so has terrific experience and perspective:

"There's something to learn from both these camps.  I'm often in the middle, seeing it from both sides.  Marathoners are very methodical, which really helps, but it's hard to keep that up for years without burning out.  So I do both, switching each year."

You need to hear Andy's stories - he's been there:

"On the first descent I ran a 4:04 mile so was in the lead, with Joe right with me, so we were 1-2 in the world. But on last downhill we still got passed by two people, going all out, so finished 3-4.  Those guys are incredible on technical descents."