Podcast: Episode 129: Joe McConaughy - starting the Arizona Trail 3/23 - it WAS going to be an FKT race! 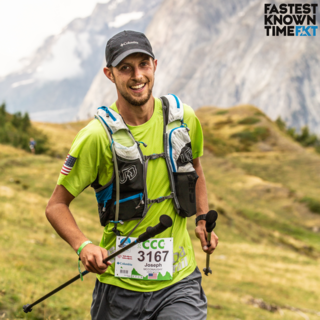 Joe McConaughy and Coree Woltering independently decided to try for an FKT on the Arizona Trail.  Our Social Media Coordinator Allison Mercer heard about this, contacted them, with the result being Joe and Coree decided to start at the same place at the same time ... and see who makes it from the Mexican border to Utah first!

Coree was Nominated for the Fastest Known Time Of the Year last year for his Ice Age Trail FKT, and Joe was #2 FKTOY for his Long Trail FKT, so both have endurance cred.  And both are fast - Coree has a 2:26 Marathon under his belt, and Joe has done a 50 miler in 5:22.

"I've always started slow and built up ... and will do that this time especially ... "

NOTE:  Very unfortunately, Coree experienced technical difficulties for both our two recording attempts and so was unable to be on this podcast.

NOTE #2:  Even more unfortunately, Coree later became injured, and on 3/15 decided NOT to attempt the AZT at this time.

"I'm still on!  The snow is a bit concerning, but I feel good that the majority of it will melt off, assuming no more snow. I'm also guiding with Andrew Skurka Adventures after, so it is either 3/23 or bust!"