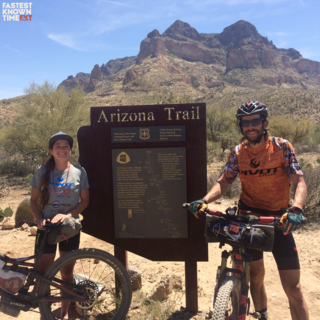 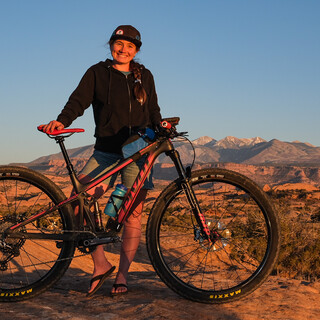 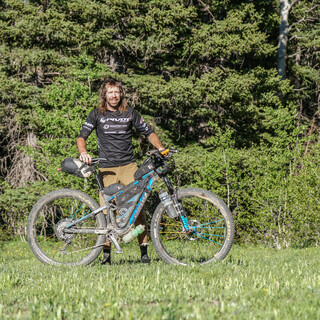 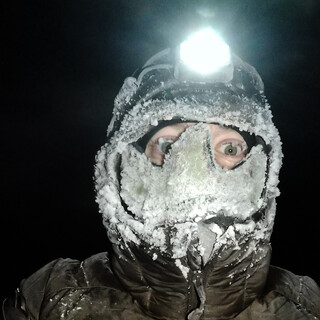 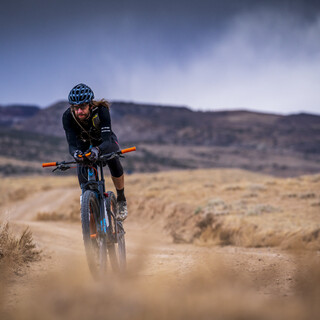 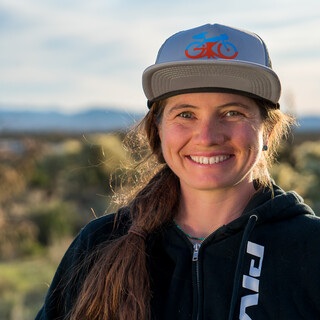 Co-Host Hillary Allen discusses bike-packing with two of the best, as they explain the style of these races, which is informative to hikers and runners.

The ethos for all bike-packing races is Self-Supported.

"Generally the consensus is you are carrying your own food and water, you are not caching; the point is you can buy or obtain anything along the route as long as it is available to everyone else.  Trail Magic is OK, but you can't ask for it or plan for it."

"You are pushing your boundaries, and you are ready and able to take care of yourself."

"And drafting and pacing is not allowed.  It would be interesting to see how much faster we could go on the Arizona Trail for example, if we did that."  - Kait

The rules have evolved over the years, and are constantly being discussed.  And the White Rim FKTs have become a thing in the past year.  (Editor Note: Buzz was the first person to ride this route in Canyonlands National Park in one day).

"The question has come up, 'Is it OK to have film crews?'  The answer has evolved that No, it is not.  Knowing someone is up there may give you confidence to push harder."

"There are no tiers in bike-packing like there are in hiking and running, such as Supported - everything is Self-supported or Unsupported".

The Tour Divide rules are here, and are worth reading: "Tour Divide strives for equal opportunity within the GC. TD requires that every challenger—from those living along the route to those living on other continents—have an equal playing field. Therefore, outside assistance with navigation, lodging or resupply is prohibited."

The Colorado Trail Race ethos is similar:  "The rules are simple and brief - if you can't do this ride without outside or pre-arranged support, don't enter the race."

And the Arizona Trail Race is the same:

"Guiding principles are self-support and equal opportunity."
1. Complete the entire route, under your own power.
2. No support crews, no pacers
3. No caches
4. No motorized transport or hitch-hiking, EXCEPT for travel to hospital/medical care
5. Gear - Nothing required, nothing prohibited

Is a World Champion and record-holding ultra-endurance mountain biker with times that rival the strongest men. She first rode the Great Divide Mountain Bike Route from Mexico to Canada in 2012 on her 26" steel singlespeed and has since bikepacked on self-designed routes on five continents in search of the biggest, best mountain riding. Long bikepacking trips led to ultra-racing. In 2018 she survived a traumatic car accident that shattered her pelvis and sacrum and ruptured her bladder, making her question if she'd ever walk let alone race ultras again. She has since returned to elite ultra racing after two years of dedicated recovery, hard work, and belief in her mantra, “You are unlimited”.

More than 20 years ago a gangly 7th-grader entered his first mountain bike race at the Minnesota Zoo, got covered in mud, finished toward the back of the field, and Kurt Refsnider has been racing ever since. He's the only person to have won each of the Triple Crown of Bikepacking events (Tour Divide, the Arizona Trail Race, and the Colorado Trail Race), and in 2020, he became the first rookie ever to win the overall title at Alaska's Iditarod Trail Invitational 350 winter ultra. Kurt is also an endurance cycling coach at Ultra MTB, the co-founder and Executive Director of the Bikepacking Roots non-profit, and the co-organizer of the new Backcountry Bike Challenge.