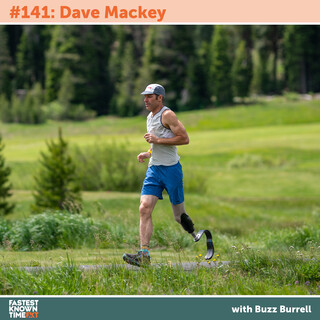 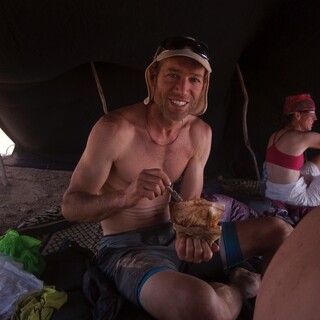 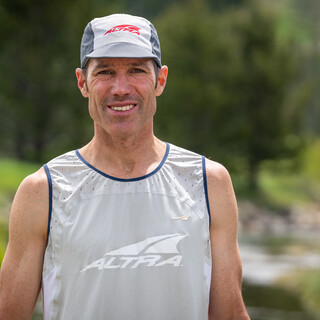 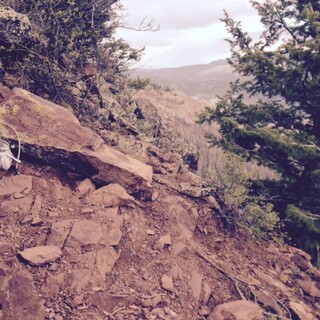 Dave is old school: extremely nice and will never talk about himself ... but don't enter a race that he is in, because you will probably get beat by a guy with one leg.  How would you feel about that?  (He feels fine about it.)

On May 22, 2015, during a casual run above Boulder, Dave stepped on a large boulder which rolled 30' downhill, landing on top of his leg.  He lay pinned there for hours, calmly directing his rescuers.  A year later, after multiple surgeries, he decided it would be best to amputate it.

"It took a year and a half to come back."

Understated? That's Dave. This was a epic comeback for anyone, that Dave makes sound almost casual.

"Proprioception is different. You have to register each step, pay attention where you're putting your foot. It's just another form of ultrarunning ... maybe little more advanced."

With that in mind, has Dave ever considered running roads or easy trails, where technical footwork is not required?

Dave is supported by Altra Footwear, the original zero-drop shoe with the wide toe box ultra-runners (and thru-hikers) love.  24% of WS100 runners use Altra's.  Their motto "Zero Limits" fits Dave. Thank you Altra!

Special thanks to onX Backcountry for supporting Fastest Known Time. onX Backcountry is “All in for Outdoors” during the month of June, finally you can plan that next FKT and navigate offline with a year-long subscription to the onX Backcountry mapping app for only $10 in June with all net proceeds are going to support Leave No Trace. Learn more at onxmaps.com/greatoutdoors