Podcast: Episode 151: Ride and Run: the long history of horses and humans running trails, with Courtney Krueger and Susie Kramer 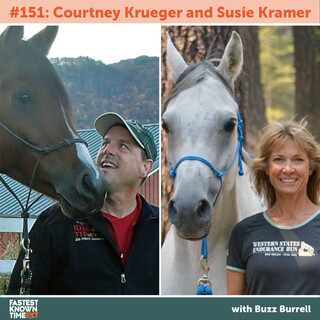 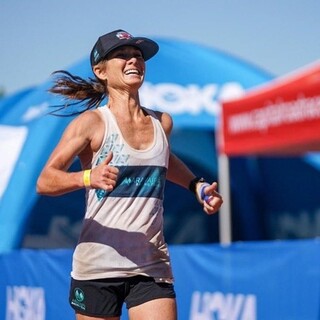 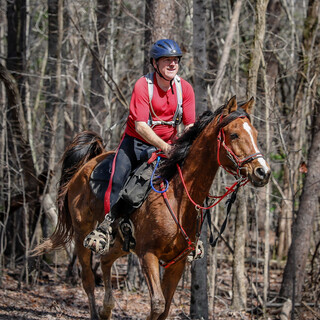 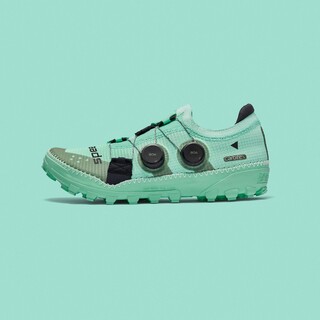 Riding and Running on trails is more connected than you know!  The Western States 100 originally was a horse race, not a running race.  And this year Susie Kramer did both, with one of the fastest combined times ever.  With a broken toe, after her horse stepped on it.

"I guess some scar tissue had formed, so the pain wasn't too bad."

Susie just did the "Double" - the Tevis Cup and WS100 in the same year, with the fastest ever combined time for Women, while also being the oldest ever (56) Doubler for both Women and Men.  The last year that a woman had done the Double was Dana Lundy in 2009; the last time for a man was in 2010, Drew Buechler.

Ride and Tie is a very tactical and exciting race, always on trails at least 20 miles long, with two runners alternating riding one horse ... got that?  Courtney will explain it!

"My 14 year old daughter said, 'Dad, if you will learn to ride a horse, I will start running and we can be a team.' When your daughter says that, there is only one answer!"

This is NOT like riding a bicycle - these are dynamic teamwork events with a human and horse, both of whom have minds of their own.  As Courtney describes Coda:

"He can't stand to be behind another horse. It's like, 'You decide how fast you want to go; trot, canter, gallop, doesn't matter, because I'm going to pass you."

"It's like he trained the other horses - they would move to the side when we came up, whether their rider reigned them over or not."

Courtney goes first in this Episode, describing the strategic intricacies of Ride and Tie, and we note many of the top ultra runners of the era who also were Ride and Tie competitors.

Susie is next, who describes why she thinks riding the Tevis Cup is harder than the running the WS100.

This episode is sponsored by Speedland

Speedland is a brand new shoe company, founded by two longtime designers from Puma, Nike, and Under Armour. Their debut shoe is the SL:PDX, likened more to a piece of equipment than to a shoe. It is trail footwear made from the most premium components available today.

When we say it’s all there, it’s all there. Plus, Speedland gives back 10% of all profits to outdoor organizations chosen by their athletes, and once the shoe reaches the end of its lifecycle, you can send it back where it will be disassembled and recycled.

Check out the Speedland SL:PDX over at runspeedland.com and follow them on Instagram at @runspeedland. Drop them a note if you have any questions.