Podcast: Episode 195: Josh Perry Is Not Satisfied with his PCT FKT 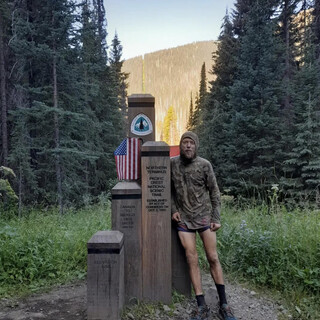 Just before 9 pm on Sunday, August 7, a 27-year-old British hiker with no fixed home arrived at his destination. The destination was the Canadian border, a stone pillar he walked 2,600 miles in 55 days, 16 hours, and 54 minutes to reach. His name was Josh Perry, and he had just smashed the male self-supported PCT.

Perry shaved nearly 10 days off of Scott Williamson’s FKT set in 2009. Even more impressively, Perry cut five days off the overall self-supported record set by the legendary Heather “Anish” Anderson in 2013—a record countless numbers have tried and failed to crack over the past decade.

In a conversation for the ages, Perry joins Anderson to discuss how he managed this iconic feat. Perry encountered the hurdles that inevitably come with the PCT these days: wildfires, closures, and reroutes. He contended with heatstroke. But Perry faced an even greater challenge: his own mind.

Despite following the rules of a self-supported effort—mailing himself supplies in advance, withholding from car rides or help of any kind—Perry came within four days of Timothy Olson’s high-profile and highly supported FKT. It’s an unbelievable accomplishment that Perry may consider a failure.

Tune in to learn why Perry is so dissatisfied with his achievement, and for a philosophical discussion about whether any of us ever are actually satisfied. Plus read Perry’s FKT writeup on fastestknowntime.com, and follow his adventures on Instagram.