Podcast: Episode 38: Blake Wood - He's been there; done that! 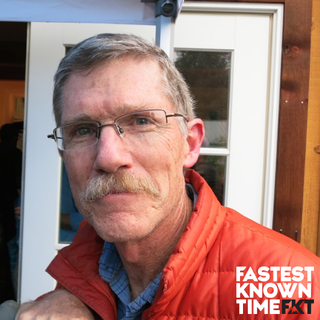 Not only has he finished Hardrock 100 22 times (!), but he also holds an obscure record for road Marathons!  Listen to Blake's comments on the cancellation of this year's race, and recollections on a few remarkable FKT's, from the John Muir Trail, to being the first person to run cross country from Badwater to the top of Mt Whitney, AND the first person to finish the Nolans 14.

"This was before cell phones. Dad and I were talking to each other on FRS radios."

Plus winning HR100 and being the 2nd/3rd ever finisher of Barkley.  Blake says the 5th lap of Barkley was "like a party" - he is the definition of casual, self-effacing:

"Do good work when you're young, and then live a long time".

Blake Wood...we are not worthy!