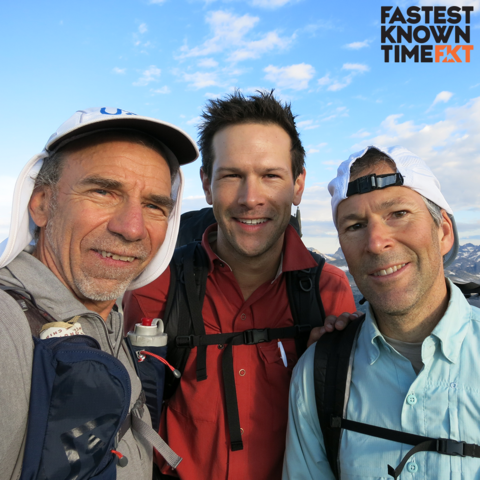 This year's FKTOY coverage is brought to you by the running apparel company, rabbit. Thanks for supporting the companies that support Fastest Known Times!

Five women and five men will be awarded for the best FKTs in 2019.  Who will they be?  Peter Bakwin (Episode 65) and Andrew Skurka (Episode 26) discuss what inspired them this year.

"One issue with this FKT, is that it's not a well-known Route by a well-known person, so some Voters may not understand how incredibly hard it is - the numbers do not describe this."

The next Podcast will reveal the #5, #4, and #3 FKTs of 2019.  One thing for sure - they won't be the same-old Routes by the same people!  The first three years of FKTOY Awards saw the John Muir Trail, Nolans 14, and R2R2R win 3 Awards and the Appalachian Trail 2 - in 2019, these four towering Routes are not even on the Nominations List!

"Six Athletes had 2-3 Nominations coming into this year - in 2019 none of them were Nominated - you're going to hear about new people!"

I made a mistake in on an off-the-cuff comment I made in this podcast.  Fortunately Blake Wood emailed me the correction:

"At one point you say that Nolan's 14 was developed by "Fred Nolan". You are conflating two names: Fred Vance developed it based upon a suggestion by Jim Nolan.  Both were present in the first years we gave it a shot."

At about 15:20 you guys said that Shasta is in the White Mtns. Far from it - Shasta is much farther north, in the Cascades.