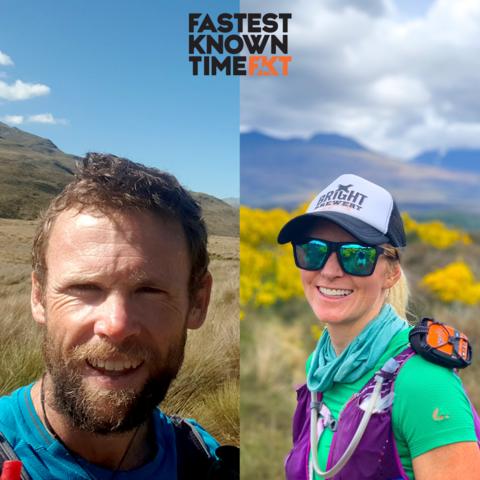 The Te Araroa is amazing: from the northern to southern tip of New Zealand, across the entire island (2 actually) nation!  Lucy set the Female FKT, followed by George a mere 4 days later with the Male FKT, completely by coincidence. Lucy's tip for hiking 66 straight days?

"Go shove a heap of food in your face, then go again."

George met the previous Female FKT holder by chance in a cafe, who told him about Lucy, who was posting good daily reports, so George was able to navigate stream crossings and other potential bottlenecks.  Then Lucy had a day when the air was thick with smoke.

"I couldn't see well, the horizon was blocked my smoke. I asked a passing mountain biker; he said 'huge bushfires in Australia'. That's when I found out my own country was burning!"