Podcast: Episode 76: Ryan Ghelfi: Why is a top runner switching to FKTs? 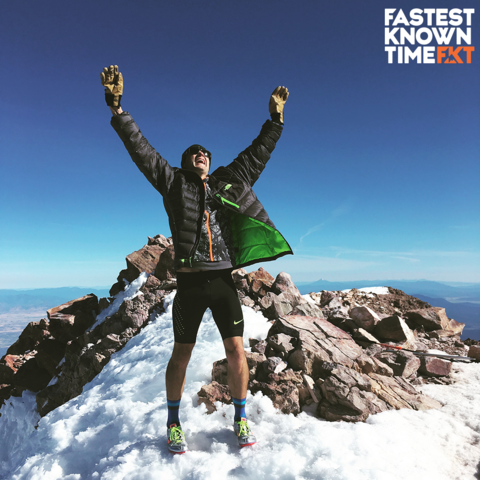 Ryan has been actively racing since 2006 - winning and doing well in 26 Ultra's - then announced for 2020 he will focus exclusively on FKTs:

"I like racing, a lot. But this fall I asked myself what I really care to do the most. And that was easy. I love running in the wilderness. Alone in the biggest, best, and most wild mountains."

Listen to Ryan recount setting the FKT on Half Dome, while a Freshman in college, before the term had even be coined, and how to get around the new Permit system.  And how he always announced his attention to attempt a project in advance, then twice had someone show up to make an attempt with him, then do it faster - and he has no regrets.

"People are hungering to be challenging themselves, in wilderness, and on their own terms. This is exactly what FKTs are about."

Ryan has a coaching business you should check out:  https://trailsandtarmac.com/

This was super good!

I had seen Ryan’s post on social media...he is kind of legendary over here in the Mt. Shasta guiding scene... it psychs me up so much to hear someone who has battled on the big racing stages dedicate a year to FKTs because “it’s what he wants to do” and the “opportunity cost” of just doing the races you are “supposed to do” is too high when there are mountains and trails you wish to play hard on before your best years are over.  Respect for following your passion Ryan. I look forward to following your year!

thanks Ryan! Thanks Buzz!

Thanks for the (unexpected) shout-out on the podcast.  Wanted to make mention of Haleakala on Maui as another big single 10K climb that is also an FKT.  You never forget your first :)