The Goat Loop is a 6.7km loop in the Nerang State Forest.

After being established and run by a few locals it gained notoriety by word of mouth initially.

It is now a hugely popular track, largely due to a local running podcast called Racing News. (Tom Batty & Kyle Weiss) They have done multiple reports on the Goat Loop including a special that centred on the history of the Goat Loop called Goat Loop secrets. This was published on April 13, 2020.

Further to this, they have run an informal day called Goat Loop mania, where people just rock up and run the Goat Loop. It is an organic community event with no prizes. Some people try to run fast, some try to run long.

There are crowns in Strava for both fastest goat loop (currently held by Olympic triathlete Matthew Hauser) and segments for repeats.

But there are larger Goat loops that follow the same trail out & then same trail back at the end.

They are progressively longer, with Goat Loop 5.0 being around 22km.

These loops are very well known throughout the local trail running community & ideal for people who want to gradually step up their distance.

The loops are traditionally run in a clockwise direction, but can be run anti-clockwise also - whatever way is fastest!

A Strava segment is attached.

Note: Individual Loops are not included in this FKT route - those can be contested on Strava. 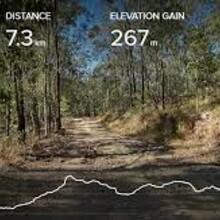 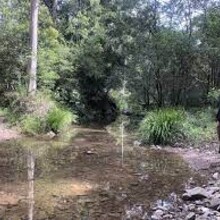 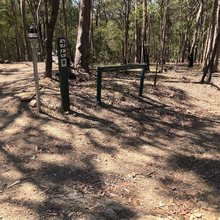 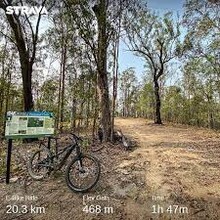 Loops are typically tackled in a clockwise direction.