Article: Gear of the Decade!

Episode 70 of the Fastest Known Podcast discussed “The Gear of the Decade”, with all four FKT.com principals: Peter Bakwin, Buzz Burrell, Jeff Schuler, and Craig Randall.  What is the best gear to help FKTers move faster, easier, and safer in the mountains and trails?  Listen and Subscribe!

This Article provides the name of each piece of gear we thought changed the game.

Be sure to post YOUR Comments!  What has worked for you? What flopped?  And what gear do you want but doesn’t exist?

CalTopo & Gaia: The 1-2 punch of two fantastic mapping and navigation apps that were unheard of 10 years ago and are key tools now.

Strava:  Yes, the social network for athletes that people love to hate (but still always use).

Adventure Projects: A suite of super helpful and easy to use phone apps by REI: Trail Run, Hiking, MTB, Powder, and Mountain Project.

LED Flashlights: They used to be incandescent and just the batteries for a full night weighed a pound - now they are really light and really bright.

Smartphone: Our "phones" are so ubiquitous we forget we have them. But they are (sort of) essential gear.

Running Vests:  We formerly wore “packs”, but the advent of “vests" allowed long distances to be done with much greater utility (storage up front) and comfort (no bounce).

Katadyn BeFree - The water filter more people should be aware of - it screws on to the top of bottles.

Fastestknowntime.com - That’s us! We’re really enjoying building and participating in this worldwide community.

Quote: "This product straddles both the best and the worst category!"

The NOT good stuff (with silver linings)

PEDs:  Illegal Performance Enhancing Drugs easily top our “Not” list!
Silver Lining: People have been doing anything they can to improve performance since the dawn of time, so good to get this out in the open and deal with it.

Special Diets: Good quality food with plenty of plants continues its rise in importance; miracle diets not so much.
But: Everyone is amazingly different, special diets definitely work for some people, and dietary Fat (oils) has made a strong comeback.

Facebook:  Peter has never signed up, he thinks it’s over-used, and FB has now been recognized for actually separating groups of people instead of bringing them together.
But: Newer users are using it in a more productive way, and it has global reach.

Minimalist Shoes:  A huge thing at the start of the decade that faded fast, as soft bodies don't do well on hard concrete.
But: They were instrumental in teaching everyone good running form, and wiped out the previous marketing BS from running shoe company’s, essentially re-booting all running shoe technology.

The Nike Vaporfly is the real deal:  Will there be a trail shoe that will be documented to improve trail marathon speed by 4%?

The 'Wolverine':  When this shoe (we suggest Hugh Jackman as the sponsored athlete) senses losing traction on snow or ice, it will auto-deploy spikes, which instantly auto-retract into the sole when traction is regained.

Heads Up Displays:  While small HUDs have been common in Hollywood (Tom Cruise rocked them in 1996), the Google Glass had an uncomfortably high dork factor.  But they are coming: we will see navigation, performance data, and other info displayed in our glasses. Or special contact lenses.  Or retina's.  Or genetically modified brains.

Quote:  “In 20 years, when Hollywood makes a movie purported to take place the 2010’s, they will do that by showing everyone walking around staring at their phones.” 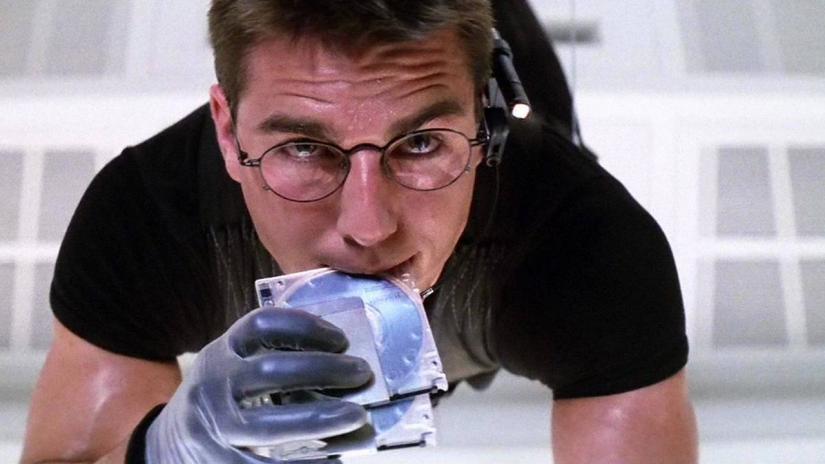 Fun podcast and great to hear from everyone in the studio!  For my part, I would love to see a customizable vest - specifically for my measurements and also with the pockets in the sizes/locations (and type of closures) that I specify.  So I can have all of my FKT accoutrements handy - map, InReach, route notes/splits, phone, food, soft bottle (w/filter if needed), etc...

3D Printing! The tech is here; it's the business logistics that are hard.

I agree with this list, one thing I'd add for good and bad gear of the decade.

Good gear would be the improvement in active clothing. A lot of this has been in the past few years, but a lot of soft shell, wind shirt, fleece type clothing has been made sort of obsolete but some of the latest offerings for active insulation. For colder temps or moving slower, there's the Patagonia Nano Air, for moving faster or warmer temps there's stuff like the Black Diamond Alpine Start and the Patagonia Airshed. These are really great layers that can handle all sorts of conditions so people don't have to stop to change layers so much. In fact it's started to be a frustration anytime I'm out with partners who don't have some of these layers who are asking several times throughout the day for a pause to change layers when I just want to keep moving.

Bad gear would be the development of food to eat while on-the-go. Sure there are some nice drink powders, gels, etc, but is there anything new and special? I feel like if you sent the latest offerings from Gu or Cliff Bar back in time 10 years, people in 2009 wouldn't think they were anything special. In comparison if you sent a UD FKT vest or an Inreach Mini back in time, it would blow people away. I guess the burrito has centuries of development behind it so we shouldn't expect it to be beat in just a year, but I don't see anything better than candy, nut butters, and burritos to eat while on the go, stuff that people have had for decades.

Insightful comment on sending things back in time: if us in 2009 are amazed then progress was made; if it's the same thing, then nothing has changed. But since food must match biology, and our biology can't change quickly, then maybe food stays the same.  One thing I'm doing: for high-output activities, I'm using pure maple syrup!  I put it in a gel flask diluted. It's basically sucrose, with some vitamins and minerals, but tastes fantastic.

I'm not sold on the utility of microspikes for more than icy trail-running around Boulder, but Kahtoola's KTS crampons are a real game-changer.  The only times I still use boots in the mountains are when it's really cold (but I could probably up-armor running shoes with socks and plastic bags...), and when I need to front-point or cross steep glacial ice.  I can't believe more people aren't using them.

Right; good comment. Front-pointing needs crampons and a stiff sole. For non-front-pointing in cold weather, try Gore-Tex running shoes which are significantly warmer; if really cold put in chemical heat packs (need to size up for that).  This is what I did for Aconcagua and was totally warm and comfortable.