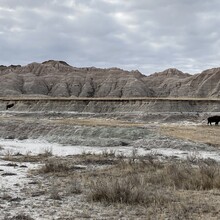 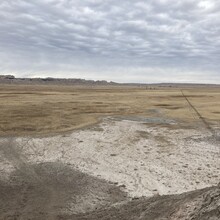 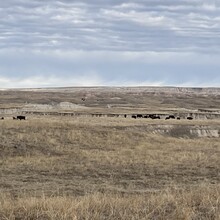 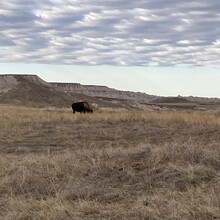 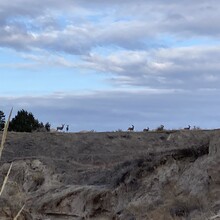 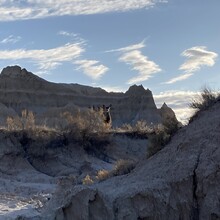 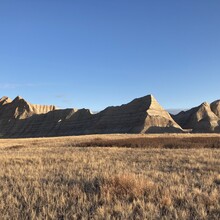 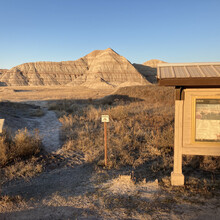 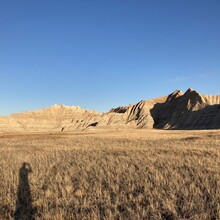 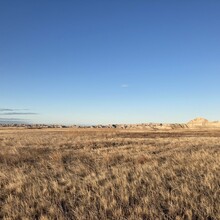 Had my race cancelled due to COVID so needed something else to do. Saw Lance Smith’s YouTube video of the course and knew it was something that I wanted to try.

Set out around 7:30 AM and quickly discovered that I would be spending a lot of time looking at my phone’s gps screen. I had previously downloaded the gpx file from the FKT site and used the Gaia app to follow the track laid out.

I followed the gpx track off trail on the climb up to deer haven and then spun myself in a complete circle before getting back on track. This would end up being a theme for the day.

After coming down from deer haven I followed the trail through the creek bed/washes and into some proper badlands. There was wildlife everywhere. I’m pretty sure I saw most of the park’s 1400 bison and had several short detours as a result. Also saw a bunch of mule deer, a couple coyotes and the prairie dog village.

The sage creek basin up to the northernmost map point was an adventure in route finding that featured some interesting scrambles up down and around some of the badlands formations. Rounding the corner led into a good stretch of runnable prairie.

Unsurprisingly I managed to turn myself around again on the last stretch back to where the loop ends and meets up with the trail back to the trailhead. Got back on course and continued back to the car. Finish time just under 4:03.

A few things I learned: