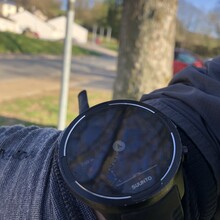 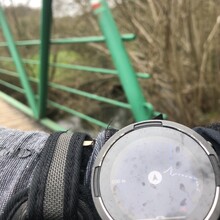 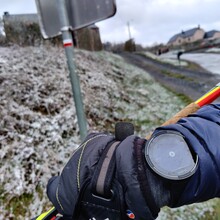 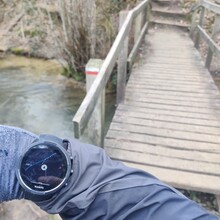 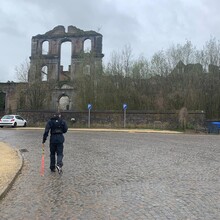 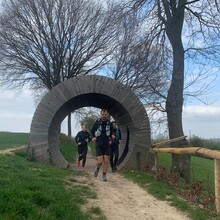 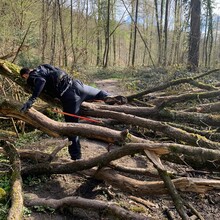 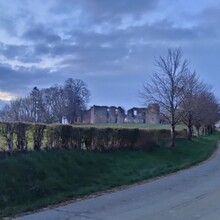 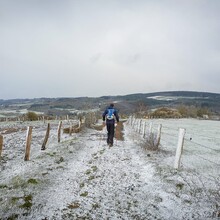 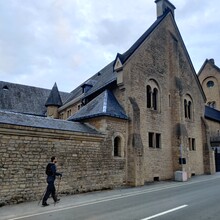 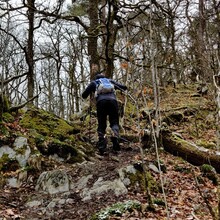 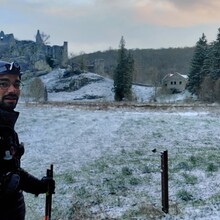 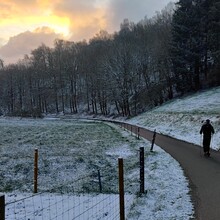 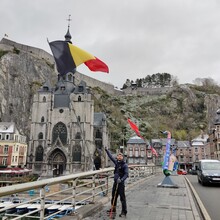 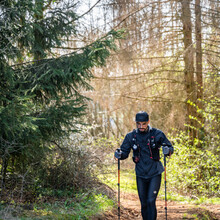 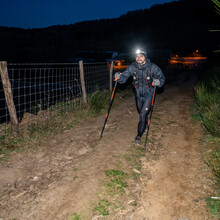 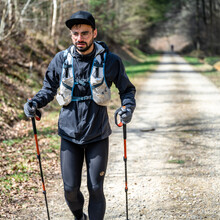 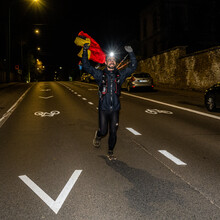 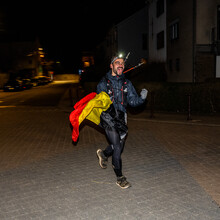 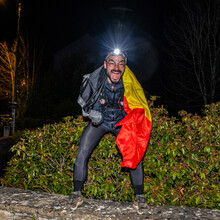 I started on the 3th of April at Bruges for a supported FKT attempt on the GR129. For me, it was the first time I would ran this far. Fair to say, 561k scared me for a little. In the past I did several 100 milers and even a 150 miler, but this would be an adventure which would take much longer.

Because I paced Karel Sabbe on the AT and the Alta Via, I really had a good idea on how to set an efficient FKT. I called some friends who agreed to pace and crew along the way. The plan was to start each day at 5AM and stop before 00 or 01AM.

The first day was a really good one. I covered 130k as planned but ended up with two big blisters because I did not wear my toe socks. The weather forecast told me it would rain on day 3 and 4, so I saved the toe socks for the rainy days. But ok, treat the blisters and suck up the pain. That first night, I slept in the car but the quality of sleep was not that good.

Day two started ok but my legs felt the 130k tarmac from day 1. Also the blisters did not feel good and my energy level got really low. I could not cope with the pain and the fatigue and my mental spirit broke. I decided to not run anymore because I just was not enjoying it anymore. We booked a room and I slept for 9 hours straight in a comfy bed.

Day 3 would be a very important one: or I would continue, or quit. As I have never quit during a race because of pain or fatique I was really curious about this one. The blisters hurted a lot for the first 2k but then everything came loose. It felt good and I started running again. Some friends came by and pushed me through the day. I realised that this was the pain and it would not get any worse. So I just accepted it and mentally got relaxed. It was a good feeling to hit +90k on that day without feeling bad. I also planned to focus on sleep as well and tried to be in my tent around 11PM.

Day 4 and 5 were pretty similar, except for the new crew. The both crewing teams really did a good job. I just had to run towards the next supply stop, they would have made a new backpack for me so I just had to change backpacks. They also fixed some really good burgers and pizza's and went to the shops to resupply if necessary. On day 4 it also started to snow pretty badly. During the night, I already noticed that in my tent, but I slept pretty good in my cozy tent. Day 4 ended also with +90k. Which meant I had a remaining 190K. That's why I decided to run 100k through the snow on day 5. I was a hard day because the fatique was coming back, but it gave a good feeling I only was 90k away from the finish. To achieve the 100k, I started at 4:30AM.

The last day was mentally hard: you know there's still 90k to do and you just want to finish. We decided to meet the crew each 20k so we would not lose to many time at resupply. This was really hard sometimes, but in a small amount of time I covered 60k. My parents came by and that's when you know you're going to finish. And that's how I finished on the 8th of april a little after 10PM at the source of the Semois in Arlon. It was a really though time, but the scenery after 200k kept me alive. What an adventure <3

Congrats on this amazing achievement, almost crossing the whole of Belgium.

I will be attempting to complete this route.
Start: Wednesday 24 august (CEST +1)