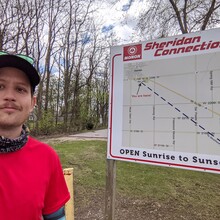 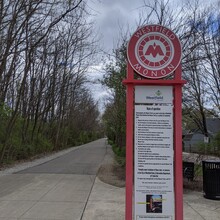 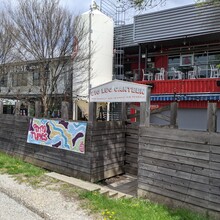 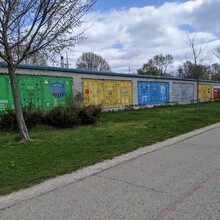 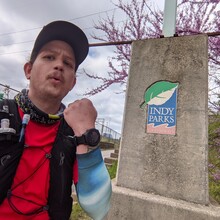 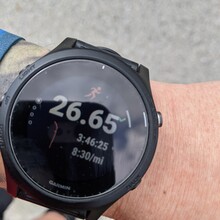 I drove up to the Sheridan, IN parking area hoping to set off around noon, ended up being about 5 minutes after that to start. I carried about 2L of water in a vest, one half liter bottle of that containing a drink mix. I intended to run one way, southbound, the entire monon trail from it's Sheridan parking area to its current end at 10th Street in Indianapolis. Started off great, didn't see anyone for quite a long time until getting to Westfield. Around there, the wind became a factor as it was a much more open area. Thankfully this didn't last and most of the day the wind was at my back, or at least not a headwind. At the halfway point I was on pace to come in under my "under 4 hours" goal so I tried to pick up the pace a bit and felt great until about mile 22. Still, no major issues for me. I'm coming off a calf injury but that felt great today. Stomach was iffy for a stretch late but ended up not being a factor. I had some chews before heading out and then relied on gels and a Payday candy bar the rest of the way. I only stopped to use the restroom once, very early on, I'd say ~mile 5, and did not stop to refill my water or any other supplies along the way. At the end, my wife picked me up and drove me back to my vehicle in Sheridan.

I am in a training block preparing for a 50k and today was scheduled to be a 26 mile run. Since I recently found out about this route, I decided to give it a go and have a ghost to chase and keep the long run interesting, but not push too incredibly hard.

A note: the previous FKT holder took a detour around a bridge that I assume was still being constructed. That bridge is up now and I did not take that detour, though it appears to be very similar and close in distance. I believe this is the bridge that goes over top of 38th street in Indianapolis.