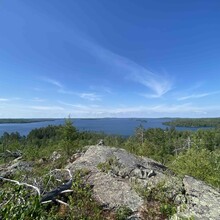 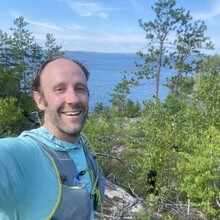 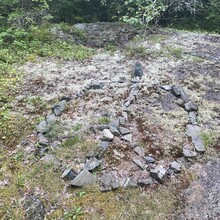 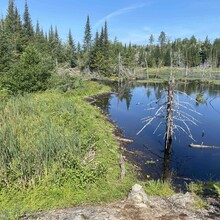 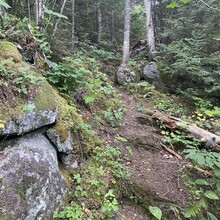 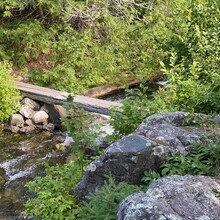 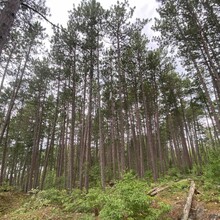 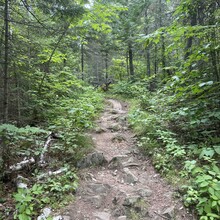 Snowbank Lake Loop is the shortest in the snowbank Series at 21 miles and my 2nd run of this series. (Snowbank-Disappoinment loop is 25 miles) and (Snowbank-Old Pines loop is an estimated 31 miles - I'll be running that later this month).I ran the loop counter clockwise. It starts at the Snowbank and Kekekabic Trialhead. The first 5 miles (counter clockwise) follow the Kekekabic Trail,then left at the Kek-Snowbank fork at mile 5 to take the Snowbank Trail. It then winds between Snowbank and Disappointment Lakes, crosses the river at Bootlake and wraps around the north end of Snowbank before heading south back along the western side of snowbank to the trail head.

The trail is listed on the Superior National Forest site as being 20 miles, my Garmin came in just less than 21 miles and 2,759 ft of elevation.

The trail is a perfect example of the western side of the Boundary Waters trails - characterized by overall flat topography but a constant grind of up and down small hills and cliffs. Terrain is very technical with roots, rocks and boulders everywhere. The first 10 miles (clockwise) on the Kek and Snowbank trails up to the boot lake portage are the most runnable - well maintained, relatively less boulders and rock shelfs. The trail along the northern side of Snowbank is characterized mostly by exposed granite and an former burn area with little forest cover. You'll have to find your way via rock cairns and a lightly trodden path in the lichens on the rocks. The terrain is very difficult with cracks, sharp boulder edges, dead logs, and constant up and down along the cliff faces. This is the least runnable though there's flatish sections here and there to get the legs moving again. The western side of snowbank is slightly more runnable, though still marked with boulders and rocks, beaver dams, swampy areas in the valleys making it roughly 50/50 running vs. walking/scrambling along.

The trail overall has 5 beaver dams crossing rivers and offers lots of opportunities for wildlife viewing. I saw ruffed grouse, deer, bear evidence (*ahem*) on the trail, bald eagles, and more chipmunks than could count. It is now (mid August) raspberry season so wild raspberries provided welcomed nature aid stations in several areas. About 2 weeks ago would have been prime blueberry season.

It was cool today and I had 2000mL water bladder full from the beginning. I didn't need to refill, but half way at the river between Snowbank and Boot lakes is the best option to refill water if needed. Several campsites along the eastern side of the lake and western side of the lake could be good options to get down for water.

This is a bucket list trail in this area - relatively short enough for a quick but challenging run. Enjoy!