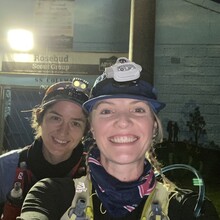 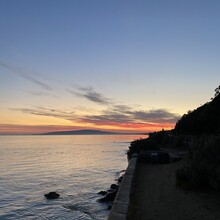 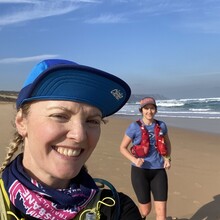 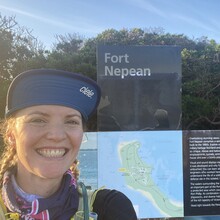 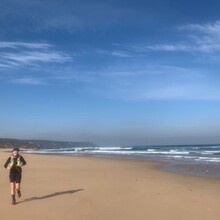 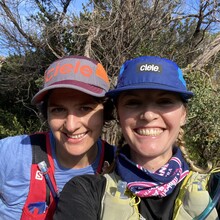 Our Mornington Peninsula FKT attempt was originally planned for Saturday 13th June however the decision to start the attempt a day earlier on the Friday was made late Wednesday evening after looking at the weekend weather. One of the greatest characteristics of an ultra endurance runner is being adaptable.

The decision was made and our unsupported efforts were starting 6:30am on Friday. The only support I received on the day was definitely before the race had started as 10km from the starting point in Rosebud I got a flat tyre driving on the freeway which resulted in a SOS call for some tyre changing help. Determined not to let this rattle the day ahead, if anything it was a good distraction to the days events.

We planned to start at the Rosebud Scout Hall on the Bay Trail at 6:30am. We started at 6:52am. The sunrise was breathtaking, the air cool but not cold and the wind faint, unlike what was predicated for Saturday. We had purpose in our footsteps and a time goal to work towards, at all times we were accountable to that time goal.

Our packs were loaded with nutrition, hydration, warmth and first aid kits, we were running heavy but the positive was we were going to be getting lighter as the day wore on so the quicker we ran, the lighter we would become. The decision was made to run unsupported because we wanted to work as a team to get through those tough moments, to self motivate and self support each other. The time goal was ‘doable’ carrying everything we needed.

When we needed too we sourced water from the occasional coastal toilet block along the way; no one turned the tap on for us, we did this ourselves. We carried electrolyte tabs to help the water taste better and we fuelled every hour with the 15 gels we had in our packs. There was no water points from Dromana to Cape Schanck and we were prepared for this, we had done our research, we were prepared. We couldn’t ask for anymore than this.

We both knew our strengths, weaknesses and our ability to be able put our heads down to get the job done. There were only short bursts of defeat but soft sand will do this to you no matter how physically and mentally strong you are. The camber of the sand, the melting away of your feet as you struggled to stay light almost broke us but we knew, each footprint meant one step closer to harder land and sweeping coastal trails. You have to believe everything has an end.

We celebrated milestones; 10km, 21km, 42km and 50km and then shortly after that we just celebrated every 5km. We met for a high-five to signify the small wins, to congratulate ourselves for just ‘doing'. We saw the beauty around us and let nature fill us with delight and energy, this was more than a gel could give us at times.

The story is almost as long as as the distance itself so I will keep this report short. It's a magical FKT trail to attempt if everything works with you. We controlled what we could control and let everything else just happen as the universe had planned.

We laughed at the end that our conversation had reduced to one word answers after around the 75km mark and to a grunt from about 90km onwards but spoken words were irrelevant during the course of the run; for it was not what we said that spoke a thousand words.

We encourage you to walk the footsteps we did to attempt your own journey of the Mornington Peninsula FKT and should you wish to ask our anything about our attempt please do not hesitate to contact Rowan or myself...we love to talk except around the 12 hour mark into a run xx