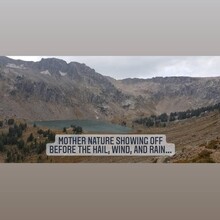 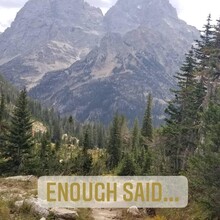 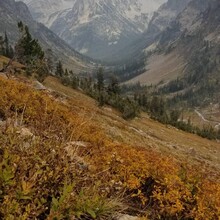 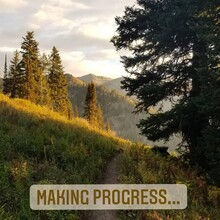 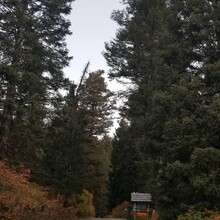 Woke up feeling frisky! Decided to go for the Teton Crest Trail FKT the night before. Woke up with some "pre race" jitters, after a few fumbles getting everything ready, I hit the start button on my watch and it was game on. About 100 feet after starting, there was a moose in the trail....off to a slow start! But, after that it was smooth sailing until the hail rolled in as I was climbing up the Paintbrush divide. The wind was so strong and I was being pelted in the head, but no lightning, so no stopping! The sky's cleared long enough to reach the top and start the final descent to String Lake. After one final downpour of rain I pushed the last few miles and was greeted at the end by my dear friend and supported Teton Crest FKT holder, Samantha Diaz. There were plenty of places to filter my water along the way, I packed the perfect amount of food and clothing. Overall it was the perfect day to push my limits!