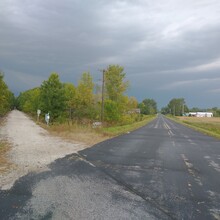 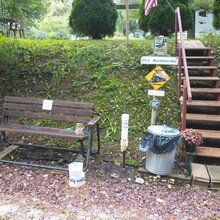 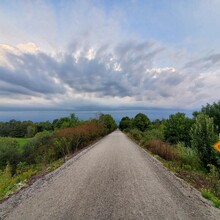 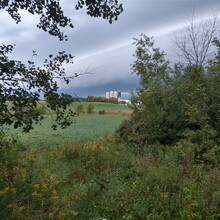 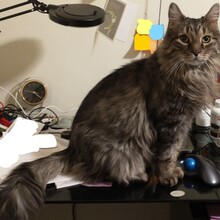 The Devil’s River State Trail is a trail that I found this summer and have enjoyed training on.  So, when I woke up one morning to find my cat had unexpectedly passed away in his sleep on the two-year anniversary of my dog’s sudden death, I decided it would be a cathartic way to process the sudden loss by spending time in my sanctum sanctorum (aka trails) and running the trail in its entirety.  I hadn’t run more than ten miles all year so this was a push for me but was much needed.

My parents dropped me off at the northern end in Denmark and picked me up at the Southern end in Rockwood.  I drank water from the bladder in my vest and ate Twizzlers throughout the run.

The forecast for the day was scattered storms so I knew I had to push the pace to try and avoid the bad weather as much as possible (but I’m pretty slow to begin with).  I started shortly after sunrise and it was a pleasant morning.  About two miles into the run, I noticed a shelf cloud approaching off to the side and realized the storms were going to come sooner than I thought.  It came with a lot of wind and dark skies but little rain.  So, it was a nice way to cool off.  The trail passes through a lot of dairy farms and you can see many of them from the trail, off on the rolling hills.  It’s really a bucolic and pastoral location.  Around mile 10, I could hear the distinct rumble of thunder behind me and over the next few miles, it came closer and closer.  I ended up picking up the pace and pushing it to try and avoid the storm as much as possible.  The thunder was consistently getting closer (within a mile based on the sound) and then it just poured around mile 14.  It was a heavy downpour but a fitting end to a run that really helped give me time and space to process my grief over losing a cat I had raised from a sick kitten and nursed through multiple health issues.