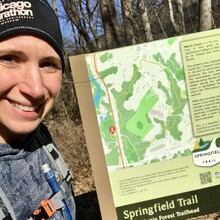 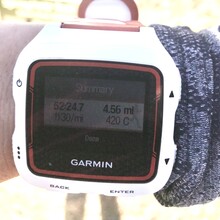 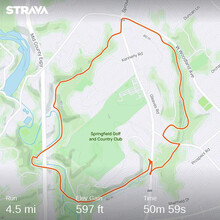 Ran 4.3 to get to the start of the trail head. Was very cold outside so the beginning of the trail was trying to warm up after pausing to start watch at beginning. Overall was not too technical of a trail and pretty well marked WHEN you were on the trails, but was confusing at the second or third river crossing where you had to cross via fallen tree, and then the trail split off from there. The parts along the street and through the neighborhoods were not well marked so you had to know where you were going to get back to the yellow trail markers. I remember doing this trail in December 2021 and don't recall the trail markers as vividly, but also did the loop CCW at that time. Plenty of water crossings, and a bit wet in some parts where the sun came out, so on a wet day would be very sloppy, especially on the steep hills. Ran by myself, with the route pulled from FKT and downloaded on my watch. Had a running bladder filled with tailwind and water in a backpack on my back and brought a bar for some nourishment but that was about it. Didn't run into any runners along the way as it felt like 15 degrees out and not the best day for a long run, but survived!