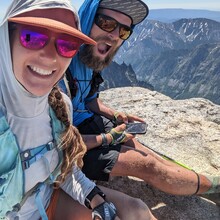 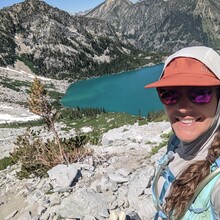 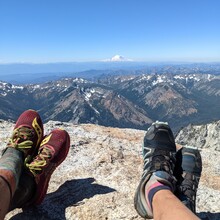 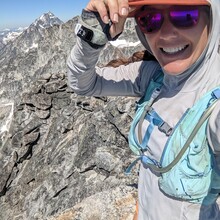 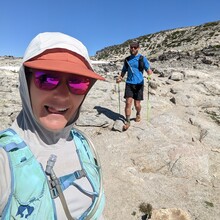 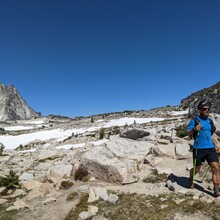 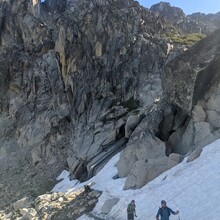 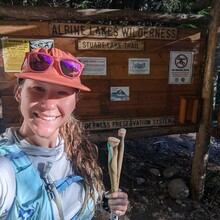 This route is so good I did it twice – the first time with Nathan Longhurst where we hung out on the summit for a couple of hours waiting to see Jason Hardrath during his Bulgers FKT, and the second time was with Jason during the Bulgers FKT, hence why this effort was submitted as supported.

I really wanted to accompany Jason to the summit of this peak. He did end up starting from the trailhead a few minutes before me. I ended up catching up with him a mile or so up the trail and kept pace with him. The climb was uneventful, but absolutely stunning. Together, along with Nate, we chose a reasonably fast route up Aasgard Pass, veering to climber's left and sticking to relatively solid footing.

We followed the trail from the top of Aasgard around to a line of rock the led directly up the sloping peak. We enjoyed views from the summit for a few minutes together before parting ways – Jason heading towards Mclellen peak, and me running back down Aasgard solo. It was a very hot day (this was during that record setting heat wave) and so I moved a little slower than expected on the trail. It was still phenomenally fun though!

I took about 1 liter of water plus Gnarly Nutrition Fuel2O, and a couple of solid snacks. I refilled my water using a Katadyn BeFree filter bottle at a stream running into Colchuck Lake, and I stopped at almost every water source to wet down my hat and clothing.

All in all, a great day. I highly recommend this route, and I can't wait to see some fast times on it!