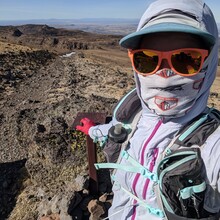 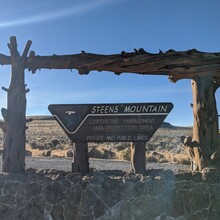 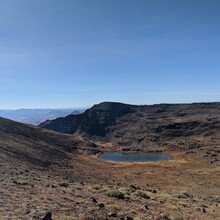 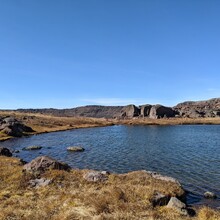 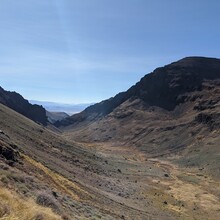 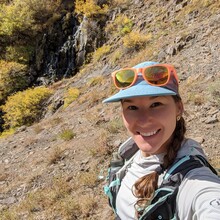 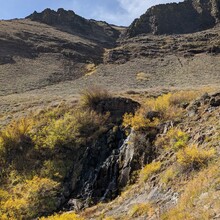 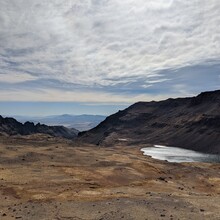 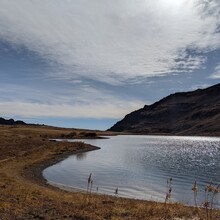 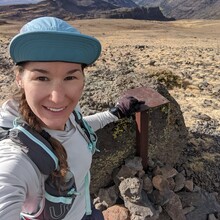 This route was super fun!

After looking at the elevation profile and reading previous reports, I decided to go counter-clockwise on this loop. This is a bushwhacky extravaganza, but so worth it! The views in the steep-sided canyons were phenomenal, and the fall colors were entrancing. I refilled my 500ml soft flask at a little spring partway down Little Wildhorse Canyon. The water was crisp and so good. Rounding the bend into Wildhorse was the crux of the route because the vegetation gets thicker and taller, and the hill is steep. You're on loose, sandy soil and talus that will fall out from underneath you. I took a significant tumble and lost my sunglasses. Once in the next canyon, travel was fairly easy. There's a cattle trail up most of the canyon, and the sagebrush wasn't as thick here. I do not recommend refilling water in the lower portions of this canyon because there is a lot of cow feces in and around the water. I did see bighorn sheep higher up in this canyon as well. It was so neat watching them scale the rocky slopes! I took very direct lines through the canyons and must have shaved off some distance, because Wildhorse Lake appeared much sooner than I expected! This route is beautiful and worth doing even if you're not going for the FKT. I would definitely repeat it (on fresher legs).

And a celebratory Athletic Brewing beer!