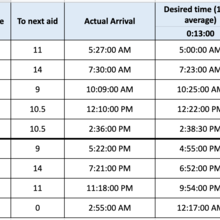 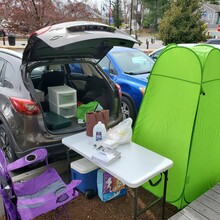 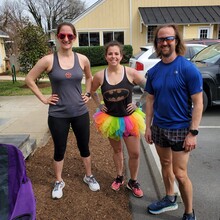 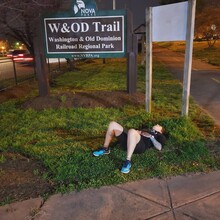 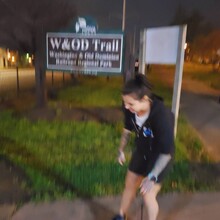 A few months ago a friend and myself selected March 27th as the day we would try for an out-and-back on the W&OD (Shirlington > Purcellville > Shirlington), weather dependent. We did a one-way version of this run in February 2020, so obviously the next logical goal was an out-and-back. As the day got closer, the weather was looking perfect and the attempt was a go. The goal was to start at 5am, but it ended up being closer to 5:30. My husband had the gear packed in the car and traveled between aid locations to await my arrival. I started out a little faster than I had intended averaging about 10:30/mi for the first half. I was feeling great around the halfway point, but unfortunately started having foot/ankle pain right after 100K. It hurt so much I ended up having to speed walk a large portion of the last 20 miles. If it weren't for my friend Dylan who stuck with me at the end and kept me entertained with conversation, I probably would not have finished. This was my second longest run ever, and my longest run on all pavement. If I learned anything this weekend, it's that I will never run that far on pavement again. Trails 4ever.

PS: At some point this week there will be a longer write up on the adventure on my blog.