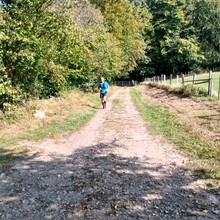 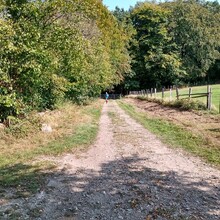 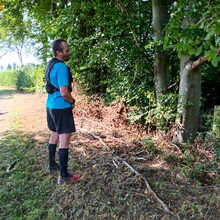 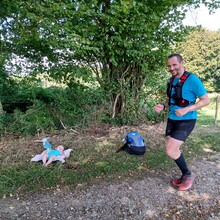 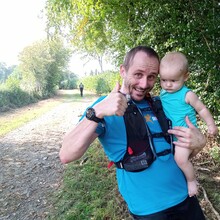 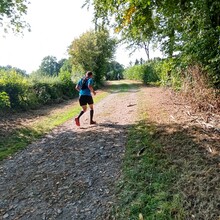 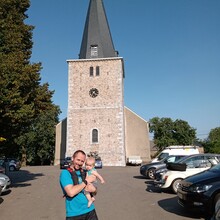 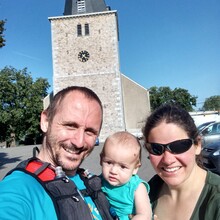 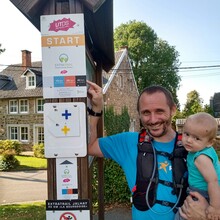 This weekend was the last weekend before the hunting season closing of the black Extratrail route in Jalhay (until December 31st), so I decided to give it a go for another FKT attempt. The time to beat was 5:16:17 from Torben Østerlund.

Everything went quite well. I was able to keep a good pace and didn't suffer too much from the heat, because this route is often through nice and fresh forests. There were some points where it wasn't really clear for me where to go: after 4,6 km there was an arrow pointing in the wrong direction, and after 11.6 km there was also some confusion: apparently, Torben followed the physical arrow, but I followed the official GPX file available from https://www.extratrail.com/fr/trails-balisestrails-jalhay/jalhay-extratrail-40-km which was about 100 m shorter. Right before the parking place at Lac de La Gileppe (after 16 km), I apparently also followed a slightly different path compared to the official GPX route, but the distance is about the same. I finished in 4:31:17, which is exactly 45 minutes faster than Torben's FKT.

A big thanks also goes to Melike my love for taking care of the baby while I was doing my running thingy!