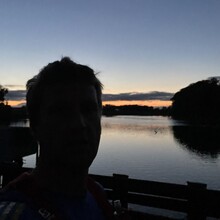 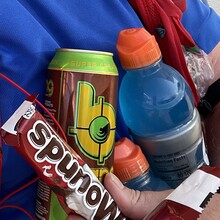 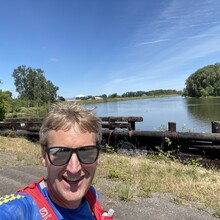 I headed out on the CZ Trail from Chapman Landing just before daybreak and followed the trail to Knott Street in Vernonia.  I then continued on to the Chevron gas station to load up on plenty of fluids for the return trip.  Or so I thought.  With just 12 miles to go I still had 16 oz of electrolytes and still thinking all was well. But after eight miles it was getting warm and I had nothing left to drink.  So I stopped at the B&B Market for another 32 oz for the last four miles of the return trip.  When I finished at Chapman Landing it was 75 degrees F and I had finished drinking everything I had.  It was a good run other than the section from the Wilark Trail Head to Knott Street which was too rocky for my liking.