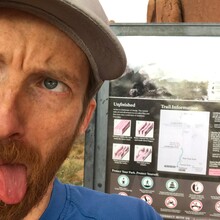 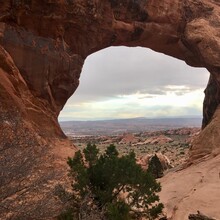 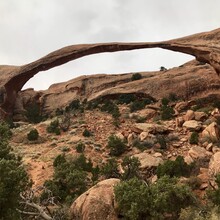 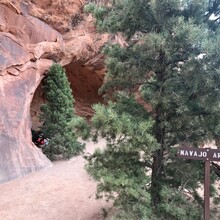 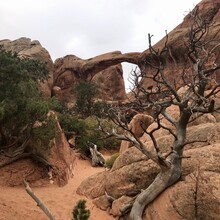 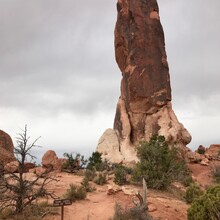 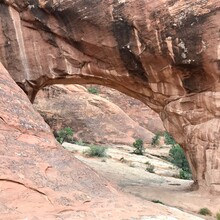 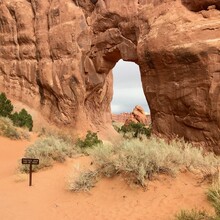 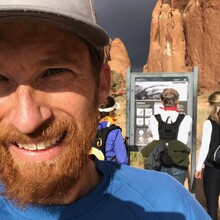 Clockwise. This FKT is more scavenger hunt than standard loop run. I gave it a go two days prior to this one. But got utterly lost around dark angel and again on the backside of the loop blowing right by Private Arch on the first attempt... and I also realized two miles in I'd forgotten to start my watch. So decided to give it a rip a second time - all the wiser. So I thought anyway. I still managed to get turned around retracing my steps from Dark Angel and on the rock fins and washes near Private Arch. The backside/NE side of the loop feels much more remote than the opposite side. I saw probably 100 people near Landscape, Navajo, Double O etc. After Dark Angel I think I saw 5 people. Near Dark Angel, I ran back to double O, but somehow missed the trail that continues past double O and Dark Angel so I had to scramble down some rocks to regain it. On the backside beyond Private Arch, the one rock fin had a switchback that I initially missed so I just scampered upward to the very end of this fin with cliffs on all 3 sides. If someone can follow this loop cleanly, I'm confident it would go under an hour. This loop is a great taste of the incredible backcountry on display in Arches.