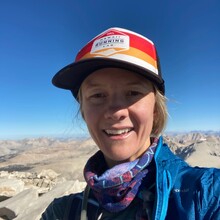 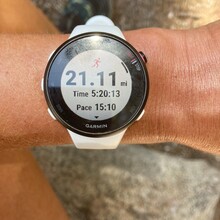 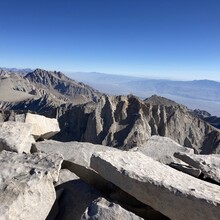 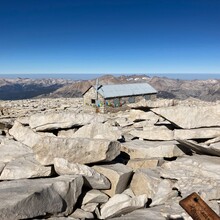 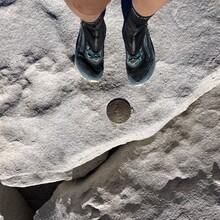 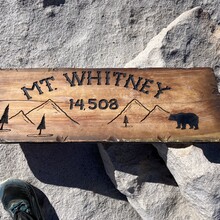 Got a last minute permit on Monday for a Thursday effort. Was so excited I left Tuesday morning and slowly made my way down from Reno- My hubs & I had been trying to get a permit the last couple of years and had failed through the initial lottery and timing never worked out to pick up a cancellation permit.

I knew the FKT times going in for unsupported up & unsupported car to car, but with being in the middle of a build and not sure how my body would respond to a hard effort, I didn't know if I had it in me to run (and hike) a good time. So figured I would just head out and see what happened.

My coach (Peter Fain) told me to push the ascent and run easy down, he had mentioned the FKT to me before as a possible hard effort, but there was no mention of it in the work out description, so I also figured he thought this probably wasn't the time. But heading up and sporadically checking my watch- I thought I might actually have a shot at the ascent time. I then realized the last mile that I wasn't going to break 3.09 up, so I quickly let that go & because I was feeling decent switched my focus to the RT time. Plus I love running downhill and was excited to have some fun on the way down!

Brought 2.5 liters of water. 2L in my bladder with 300 cals of tailwind. .5L in my Salomon soft flask with the attached filter. And 680 cals in Spring gels. Didn't end up filtering any water because I didn't want to waste time on the way down. Did drink from a good flowing water source that I felt mostly confident wouldn't make me sick (so far so good).

It also turned out that Steve Buelna, Adam Kimble, his wife and a few others were out on the mountain that day, so it was nice to pass them and see some familiar faces along the way!

Overall gorgeous and a perfect summit day! Couldn't have asked for better weather! Happy I didn't get nauseous and Whitney let me up and down her beautiful granite self with out vomiting.

As a side note- Not sure why Gina's ascent time isn't posted under the Whitney Portal ascent section because she for sure has the ascent FKT.