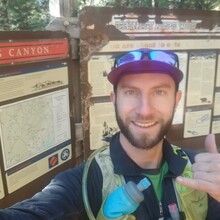 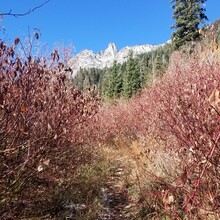 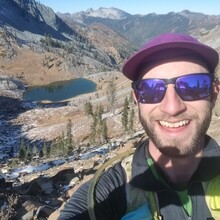 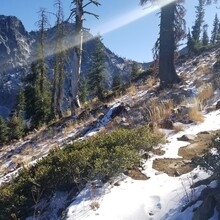 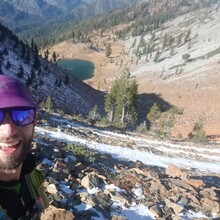 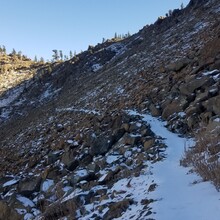 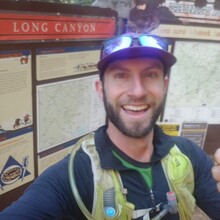 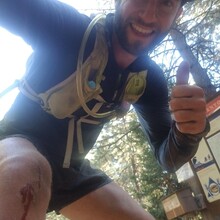 Thanks Nate and Sarah for putting this up as a fun FKT!

Earlier this year I hiked/ran this trail and could not imagine a more gorgeous landscape to explore. I went clockwise around the lakes loop. The climb up to Deer Lake handed it to me as I melted in the heat, wondering if I could still call myself a runner. I also pondered if sub 5 hours would be feasible, for the lakes beckon to be swam in. Sure enough, Steven "Aria Zoner" Thompson completed it under 5 hours. Then Alex Borsuk comes along even quicker on a birthday run, while also going for swims with the pup. So quick with swims is AMAZING! They both also went counter-clockwise. Noted.

When it came to my turn at the FKT attempt during day two of a three day adventure in November, I wasn't expecting the water to be very swimmable. Despite all the heat I worked up grinding along the climb out of Long Canyon, I was greeted by ice and patches of snow at the top. The switchbacks down to Deer Lake was a bit snowy so when I saw ice formed along the lake edges, I officially decided against becoming a trail popsicle. As I descended down snow drifts on what had been a hellish climb a few months prior, I could not imagine more opposing experiences.

Going counter-clockwise ended up being a game changer. The climbs between lakes and passes all became mostly runnable, even covered in a few inches of snow. I was dreading having to run down Long Canyon as it usually destroys my knees, rendering me a tin man in search of an oil can. With less than a mile to go, a rock jumped out of nowhere and grabbed a toe, sending me down like a runner trying to steal a base. The trail demanded payment and I obliged.

My goal was to average a 15 minute pace over the entire run. Fortunately I was able to meet and beat that pace, finishing not just sub-5 hours but 4 hours! I was able to enjoy a magical day all alone on the trails with happy (bloodied) knees and big smiles.

This was my second official foray into FKT land. Thanks for the inspiration all you amazing runners out there and to the GR crew for the 2020 support!